What Crimes are Deportable in California? 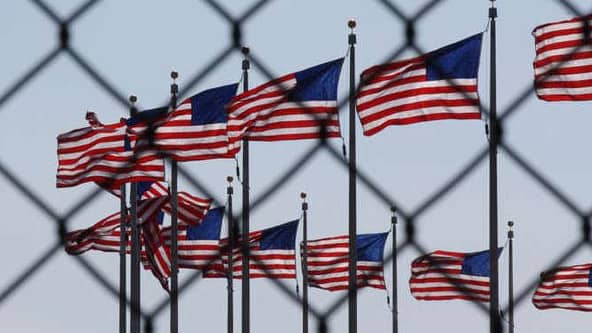 What crimes are “Deportable Crimes in California”?

When it comes to deporting an immigrant out of the United States, U.S. Immigration and Customs Enforcement (ICE) authorities are guided first and foremost by security concerns. So, what exactly is the basis for a person to be deported from the country and what crimes are deportable in California?

Here is the list of the crimes that are considered ‘deportable crimes’ in California:

These are just some of the most applicable grounds on which a citizen of another country who is in the United States, both in status and without status, can be deported from the country.

How is the Deportation Determined?

For a person to be deported from the country, there must be justification.

Currently, the Department of Homeland Security announced that it would be prioritizing deporting non-citizens who “posed a serious threat to public safety or national security”.

Specifically, immigrants convicted of an “aggravated felony” (attempting to illegally cross the border included) or a “crime of moral turpitude” (especially within the first 5 years of residence, or their 2nd conviction).

It should be noted that charging an alien with a deportable immigration violation is paperwork-intensive. ICE agents must fill out roughly 20 forms:

Recently there has been a tightening of the system with the new administration’s policies, which feels that too many criminal aliens were exempted from deportation based on family ties. However, some local law enforcement officials ignore ICE requests to detain people without a court order.

Immigration Court is an administrative court controlled by the U.S. Department of Justice. Over 200 Immigration Judges preside over 50 Immigration Courts nationwide. Their duties include determining whether convicted criminal foreign nationals will be removed from the country.

Do you need a Defense Lawyer for Immigration Court? Very much so. Without a lawyer, your chances are slim to none.

Board of Immigration Appeals

The Board of Immigration Appeals (BIA) reviews the verdicts of the U.S. immigration courts and the immigration violation arrests by U.S. Customs, Border Protection and U.S. Immigration and Customs Enforcement.

The BIA decisions are the final administrative action in all cases. The next stage is usually in the United States court of appeals (if allowed by statute).

Despite the number of immigrants being targeted and detained for possible deportation, research by “The Migration Policy Institute” indicates that serious crimes committed by non-citizens are actually rare.

It is estimated that out of nearly 2 million non-citizens who are eligible for deportation based on their criminal history. 820,000 of those are illegal aliens (undocumented immigrants).

Only about 300,000 of the almost 2 million were convicted of a felony (ranging from serious crimes like murder, to minor crimes like attempting to re-enter the country illegally).

Another 390,000 were convicted of a ‘significant misdemeanor’, such as drunken driving. But what constitutes a misdemeanor can vary greatly from state to state, and can be anything from shoplifting to a small marijuana possession offense.

Looking at the ‘Detainer’ Details

Half of the 95,085 immigrants targeted by ICE for possible criminal deportation in 2015 did not have criminal convictions!

Detainers are requests by ICE to local, state and federal law enforcement to hold non-citizens for possible deportation. By analyzing the numbers and statistics of these detainers, it’s clear that the ICE authorities are taking a dragnet approach to targeting aliens for deportation.

Half of the 95,085 immigrants targeted by ICE for possible criminal deportation in 2015 did not even have criminal convictions! [2]

The rest had convictions for minor violations such as drunken driving (6.7%), assault (4%), drug trafficking (2.1%), burglary (1.8%), sale of marijuana (1.7%) and traffic offense (1.6%). Even fewer had convictions for illegal entry, domestic violence and larceny.

Laws Regarding Deportation and Criminal Charges

How can you avoid deportation or inadmission for a removable crime?

If you are a non-citizen facing deportation or inadmission after a criminal conviction, options are available to you that may prevent you from being removed from or denied entry into this country.

If your attorney failed to advise you of the possible consequences of removal by pleading guilty to a deportable crime in California, there is a good chance you can have your plea withdrawn.

Conclusion for Crimes are Deportable in California

A large percentage of aliens flee from removal proceedings (approximately 59 percent) after being released to await hearings for fear of being whisked away on a bus or plane to their country of origin. However, this is not how it works. There are formal procedures, and immigrants are given their “due process” in court.

There are many defenses against removal of an alien, including family reasons, and ‘legal forgiveness’ in the form of a “212(h) waiver”. It’s important to note that in order to qualify for a 212(h) waiver, you cannot be a “threat to national security”.

As always, you should speak to a qualified defense attorney about the specifics of your situation. Cancellation of deportation of a foreigner is possible in many instances with an attorney by your side.

If you have recently been arrested for any criminal offense or are in fear of being deported for any criminal defense, or please don’t hesitate to call us for a free, no-obligation consultation with Seppi Esfandi. During your call, Mr. Esfandi will hear the details of the case and advise you on the best approach to defend yourself.