The Difference Between Robbery and Armed Robbery In California 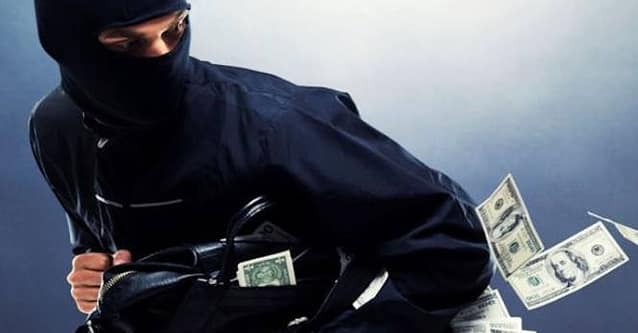 Both robbery and armed robbery are considered very serious offenses in California. However, one of these will usually entail harsher penalties compared to the other.

Both offenses involve illegally taking another person’s property using force, however, an armed robbery is a form of aggravated robbery that entails using a lethal weapon or pretense of a weapon to commit a robbery.

A lethal weapon, in this case, can mean anything from a firearm to a knife or a baseball bat.

As long as the robber is carrying something that can inflict fatal bodily harm and they are using it to accomplish their robbery. This will be considered armed robbery.

Both offenses, if convicted, will result in a felony. However, armed robbery usually carries harsher penalties compared to ordinary robbery.

What Counts As Robbery in California?

California Penal Code 211 makes it a crime for anyone to commit robbery in California. This statute describes robbery as the use of threats, force, or fear to take possession of someone else’s property against their will. While most people think theft and burglary are similar to robbery since they all involve taking someone else’s property.

Nevertheless, these crimes are unique under California law since for a crime to be considered robbery in California, there has to be a person-to-person encounter as well as the use of force or the threat of force.

Thus under the California Penal Code Section 211 PC, to convict someone of robbery, the prosecution must prove without a reasonable doubt that the accused:

Thus, if the prosecution suspects you have committed all the above actions, you will be charged with robbery. However, robbery crimes in California are usually divided into first and second-degree crimes. A first-degree robbery crime occurs when:

If convicted of a first-degree robbery offense, the defendant could be facing:

On the other hand, a second-degree robbery offense occurs when none of the scenarios mentioned for first-degree murder do occur. Take, for example, if you corner someone on the streets and threaten them, demanding they give you their wallet or phone, you could be charged with second-degree robbery.

If convicted of second-degree robbery, the defendant could be facing:

You should also know that any type of robbery falls under California’s Three Strikes Law. Therefore, a defendant could face two times the normal prison sentence for a second strike and 25 years to life for a third strike.

How Do the Penalties for Armed Robbery Differ from Robbery?

If the gun is fired, the defendant will be facing an enhanced penalty of 20 years in prison. When the armed robbery crime causes serious bodily injury or leads to the death of the victim. The defendant could be looking at 25 years to life in state prison.

Whether you are being accused of normal or armed robbery, the fact is, the prosecution is going to come for you hard. This is why you need to contact an experienced criminal defense attorney as quickly as possible. This is where our firm comes in. Our lawyers have had a successful record arguing robbery cases and can help you get your charges dismissed, or at the very least, reduced.