What Qualifies as ‘Drug Paraphernalia’ in California? 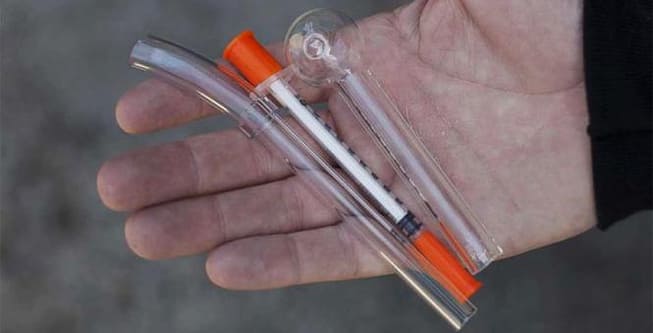 California HSC 11364 makes it a crime to have drug paraphernalia in your possession. It is defined as anything that may be used to produce, administer, or conceal a controlled drug illegally.

Methamphetamine, heroin, cocaine, crack cocaine, fentanyl, and other illicit substances would fall under this category.

The two main categories of people who use or sell drug paraphernalia are drug users and drug dealers. Items tailored to a single user include pipes, syringes, spoons, rolling papers, roach clips, freebase kits, and other tiny containers used to store or hide narcotics. Paraphernalia used by dealers to prepare drug portions for sale on the street would include things like scales and plastic baggies.

A person discovered with drug paraphernalia may be arrested immediately and charged with a misdemeanor or crime. The defendant’s criminal record and past drug criminal convictions are also considered. The prosecution needs to know whether the paraphernalia was intended for personal use or drug sales before deciding how to charge you with this criminal offense.

What Exactly Does the State Have to Prove?

In California, the prosecution must establish, beyond a reasonable doubt, each of the following components of the offense of possession of drug paraphernalia (HSC 11364).

A person might be considered to have “possession” under HSC 11364 if they exercise “control,” which can be either “actual” or “constructive.” The difference between “actual control” and “constructive control/possession” is whether or not the item was really on your person or in your hand when the police arrived. Constructive control exists, for example, if an opium pipe used for inhaling opium is placed in a drawer of one’s dresser. In addition, HSC 11364 allows for prosecution of “joint possession” if two or more persons share custody of drug paraphernalia.

Hypodermic needles and syringes are not illegal for law enforcement agents, medical professionals, veterinarians, wholesalers, merchants, pharmacies, or other individuals to possess under certain circumstances. Secondly, recreational marijuana usage is now permitted under Prop 64. Furthermore, unlawful possession of drug paraphernalia connected to marijuana in California is dealt with under distinct marijuana statutes.

In the Golden State, possessing drug equipment carries a minor criminal penalty. You might spend up to six months in county prison if found guilty. An additional fine of up to $1,000 may be imposed. Also, you will have a lifelong criminal record if you are convicted. When you have a drug conviction on your record, it might not be easy to:

Depending on the circumstances, a skilled drug crimes defense attorney may utilize one or more of the following strategies:

A drug diversion program might be an option for some of those convicted of drug paraphernalia possession. There’s an option of using this curriculum in place of incarceration. This sentence for drug diversion is “delayed entry of judgment” under Proposition 36 of the Penal Code 1000. It is intended for drug offenders who have not committed any violent acts.

One option for joining a drug diversion program is to submit a “no contest” plea. The court will drop the charges if they complete their probationary drug treatment requirements. If the criminal does not complete the program, the court may sentence them to jail.