Pulled Over for a DUI? Here’s How to Handle this Tricky Situation 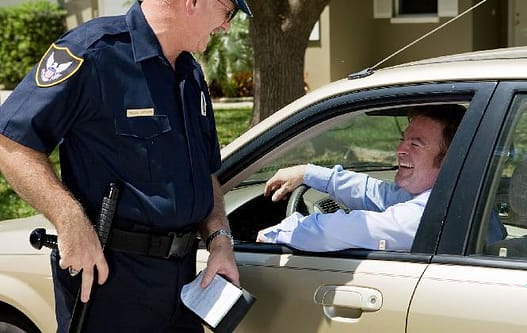 You’ve Been Drinking and You are Stopped

Of all the crimes that the majority of people who have had no contact with the criminal justice system are likely to face, DUI or Driving Under the Influence has to be at the top of the list. Therefore, a common concern all social driver’s have is the summed up in this article’s title. And I’ve decided to provide some basics:

1. When the officer approaches

When you’re first pulled over, the officer might ask you questions which include: “Do you know why I pulled you over?” “Have you had anything to drink?” or “Where are you going?” You’re response to these questions is a simple question posed back to the officer:

“No I don’t know why you pulled me over.”

“Officer, Am I free to leave?”

Of course you are not free to leave and the officer will make that clear. For one thing, the officer probably has your license by now, and that should have politely been turned over with no complaining. So after the officer tells you “no,” your next response should be:

“Officer, I’m not answering any questions.”

You have that absolutely right and you should exercise it. The officer is not your friend and is there to find incriminating evidence against you. Your refusal to answer questions cannot be held against you. Now, this is not to say that you should be disrespectful or aggressive in any manner. You should not. However, you are going to refuse a lot of what the officer has in store for you. But you’re refusal should be agreeable. In sum: the trick is to be disagreeable in an agreeable manner.

2. You’re asked to exit the car

After you’ve refused to answer questions, the officer will ask you to step out of the car. His purpose is to get you to perform a series of Field Sobriety Tests, or FST’s. These are tests you probably heard of such as walking from heal-to-toe for 10 steps, following with your eyes a pen in his hand that is waived from side to side (i.e., the horizontal gaze Nystagmus test), or touching the tip of your nose with your finger from an extended arm position. The field sobriety tests should be refused.

There is no negative consequence from refusing these tests. On the contrary, the officer is having you perform these tests to acquire “dirt” on you. He’s already made the determination that you are DUI, and now he’s gaining information to prove it. When you refuse, don’t be a jerk or aggressive. Be polite but firm:

“Officer, I will not perform any of these tests.”

Another test that should be refused is the Preliminary Alcohol Screening Test or PAS Test. The Preliminary alcohol screening (PAS) device is handheld breathalyzer machine used by the officer on the scene of a DUI arrest. The PAS test measures your blood alcohol concentration (or “BAC”). This is a strictly voluntary test and there are no negative consequences to you for refusing to take it. Conversely, there are very negative consequences in your case when your BAC comes back positive. The PAS test should be refused in every instance.

After refusing these tests, you may be handcuffed and placed in the back of the patrol vehicle (but not because you refused the tests!). In the patrol car, do not get chatty with the officers or speak to them. They are trained to get you talking so they can make incriminating observations about you. For instance, “Subject was speaking with a slurred voice,” or “Subject admitted to driving the car.” or “Subject admitted to drinking 4 shots.” Nothing good can come from you speaking to the police. Stay quiet in the patrol car and when you are in the station.

Once you are at the police station, you will be given the choice to take a blood or breathe test. Unlike the PAS test described above, these are not voluntary tests but “implied consent” tests meaning that you have given your implied consent to being administered these tests by driving the vehicle. Therefore, refusal to take these tests do invite negative consequences. The biggest consequence is that your license will be suspended for a much longer period of time (usually a year instead of a month) if you end up pleaded guilty to the DUI.

I for one would continue to refuse to take this test. Without evidence the other evidence described above, such as answer to the questions, results from the FST’s or from the PAS test, it makes it that much harder to gain a conviction at trial. The results from the breathe or blood test at the station are the single largest piece of evidence that will aid in your conviction.

If you’ve decided to take the test because you fear the negative consequences, then choose a blood test over a breathe test. The reason is this: the breathe test results come immediately so the officer can tailor his “observations” in the police report to be consistent with and conform to the level of alcohol found in the breathe test. On the other hand, it takes several days for the blood results to come in, that means the officer must write his report without the benefit knowing the blood-alcohol concentration.

This means that the officer has to make true observations instead of making them up or exaggerating them after knowing the test result. After the blood tests results come back, if the officer’s observations are inconsistent with the test, then the prosecution’s case is weakened and your case is strengthened.
In Summary….

Politely decline to speak to the Officer.

Following his instructions about getting out of the car, but refuse all tests. Be polite but firm when doing so. Don’t be aggressive or rude. This will put you in the best position to win your DUI case once it gets to Court!