What Constitutes as ‘Impaired Driving’ in California?

January 17, 2018 by Anastasiia Ponomarova in DUI 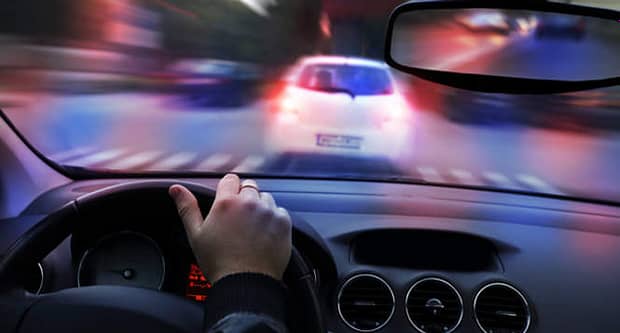 Impaired Driving with DUI and Alcohol

What Constitutes as ‘Impaired Driving’ in California? California Vehicle Code 23152(b) makes it illegal to drive with a BAC of 0.08% or higher. Also California won’t tolerate any amount of alcohol (specifically, 0.01% BAC or higher) for drivers who are younger than 21 years old.

The law is very strict about carrying alcohol in a vehicle, whether the vehicle is on or off the highway, you are prohibited from drinking any amount of alcohol inside a motor vehicle.

A container of liquor, beer, vodka or wine carried inside the vehicle must be full, sealed, and unopened. Otherwise, it must be kept in the trunk of the vehicle or in a place where passengers do not sit.

Keeping an opened alcoholic drink in the glove compartment is specifically against the law.

Impaired Driving with DUI and Marijuana

If you are arrested for a marijuana DUI, you have 10 days to request a hearing with the DMV. If you do not request this hearing, your license will be automatically suspended.

California Vehicle Code Section 23222(b) VC will not likely change and the law states that it is illegal to drive while stoned on weed. You can possibly lose your license if you refuse to be tested if pulled over on suspicion of a Marijuana DUI. For now, there is no specific legal limit in California.

For a 1st marijuana DUI, you may be penalized with:

For a 2nd marijuana DUI, you may face up:

For a 3rd marijuana DUI, you may face up:

If you have more than 3 marijuana DUI offenses or if DUI was with injury, you could even be charged with a felony or a misdemeanor. In these cases u may face up with maximum:

Remember that there are limits to how much marijuana you are legally allowed to have in your possession. As of November 2016, California law states that if you are carrying more than 28.5 grams of marijuana or more than four grams of concentrated cannabis, you are liable to be fined for driving in possession of marijuana under VC 23222 and may face a misdemeanor drug charge.

A driver can also be charged with a DUI offense if he or she is found to have been under the influence of drugs at the time of driving. Under the law, drugs can include illegal substances such as heroin, cocaine, ecstasy, methamphetamine as well as legal prescriptions like Morphine, Vicodin and Xanax.

The use of any drug (the law does not distinguish between prescription, over-the-counter, or illegal drugs) which impairs your ability to drive safely is also considered illegal. Check with your physician or pharmacist and read the warning label if you are not sure that taking the medication will affect your driving. Here are some facts:

For more information on see: “Possible Defenses for a California DUI“.

Did the police arrest you for “impaired driving” in the greater Los Angeles area? We cannot stress enough the importance of consulting and retaining a lawyer to protect your rights, privacy and future.