DUI While on Probation in California 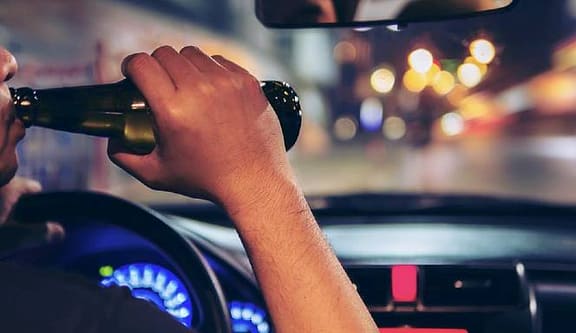 Although being charged with driving under the influence is a frightening experience in its own right, drivers who are already on probation for prior DUI offenses or other crimes face even steeper penalties and consequences in the form of enhanced charges and probation violation charges — which can often result in lengthy jail sentences. If you have been arrested for a new offense while on probation, it’s crucial that you contact a skilled Los Angeles DUI attorney immediately.

When a defendant is sentenced to probation for a criminal offense, the judge provides them with the terms and conditions of their probation. One condition of probation that never changes is the requirement for the defendant to obey all laws and not commit any new crimes. When a defendant on probation is arrested or charged with DUI, the arrest and/or charges can be communicated to the sentencing court, which then has the power to issue a probation violation.

What is the Zero-Tolerance Law in California?

California’s Vehicle Code 23600 prohibits anybody on probation for DUI from driving with any measurable amount of alcohol in their system. This is known as California’s “zero tolerance” law. Anyone who violates this law (or refuses to submit to a chemical DUI test while on probation) can have their probation revoked — this will happen if the defendant’s BAC is measured at 0.04% or higher.

A more severe consequence of violations of California’s zero-tolerance law is an automatic one-year driver’s license suspension. In order to fight this suspension, the defendant must request a DMV hearing within ten days of their arrest and then win the hearing. The guidance and advice of a legal professional is paramount to securing a successful outcome at the DMV hearing and any other hearings and court proceedings related to the case.

Getting a DUI Charge While on Probation

A motorist can be charged with a new DUI while on probation for a previous DUI. On top of the probation violation, the prosecutor may use the prior conviction(s) to enhance the sentence. If convicted, the driver would face:

In a lot of cases, a defendant who is already on probation for DUI that is arrested for a new DUI may also violate the probation term that requires them to have a valid driver’s license and insurance. As a result of the first DUI offense, their driving privileges may have been suspended, and they may not have had a valid license at the time of their second arrest. This would provide additional grounds for probation violation in addition to new criminal charges. For example, the driver could be charged with driving while on a suspended license, which violates California Vehicle Code Section 14601.2, an offense that carries mandatory jail time.

If the defendant was driving without the required Ignition Interlock device as required, they can also be charged under California law.

When is Ignition Interlock Required?

Ignition interlock devices, also known as IIDs, only allow a car to start if the driver provides an alcohol-free breathalyzer sample. Typically, the judge orders a defender to install an IID as a condition of their probation for DUI when:

The period in which the defendant must keep their IID installed varies from four months to four years in California, depend on:

The California DMV will also automatically require an interlock ignition device for one to three years if a person is caught driving with a suspended license while intoxicated.

If you or someone you know has been arrested for DUI while on probation, finding an attorney knowledgeable in these serious DUI cases is crucial. Every person deserves fair and honest representation with evidence that is reliable and accurate.

Do you need a Los Angeles DUI Attorney who understands the complexities of receiving a DUI while on Probation? Call Esfandi Law Group today for a free consultation.