How does a DUI Plea Bargain Work? 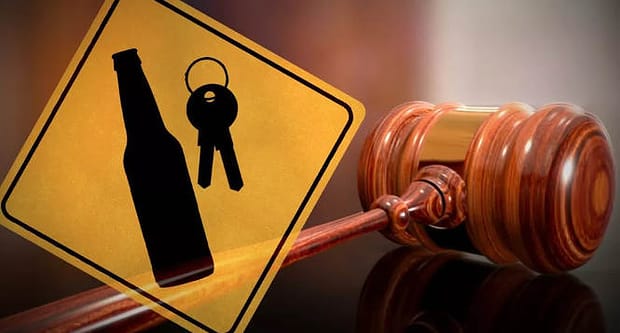 How does a DUI Plea Bargain Work in California

How does a DUI Plea Bargain Work? Negotiating DUI plea bargains are very common practice in the area of criminal law, from both the defense and prosecution side of the table. Most cases do not make it all the way to trial, for a number of reasons. Some people prefer not to spend the money private counsel may charge for trial representation, others cannot expend the mental energy it takes to have a case pending for the length of time it may take to get through trial, and more still may simply not like their chances at trial, regardless of whether or not that person is innocent or guilty.

The law tends to be about what you can prove, rather than what happened.

This is why it is crucial to hire an experienced and skilled criminal defense attorney, because that person will best be able to prove your innocence. However, in cases that may be difficult, expensive, or unreasonable to take to trial, it is important to know if there is an offer from the prosecutor to settle the case ahead of trial, how to weigh that offer against the prospects of trial, and whether or not the offer is one you would be willing to accept.

These types of deals take place very frequently in DUI cases (California DUI Types, VC 23152), because the law has carved out many different types of charges the prosecutor can use to create leverage in a deal. Oftentimes, one charged with a DUI will be willing to plead guilty (or no contest) to one of the following lesser charges in lieu of risking taking a DUI on his or her record.

How does a DUI Plea Bargain Work for Wet Reckless per Vehicle Code 23103.4?

This charge is considered a misdemeanor under the law, which alerts the court to the fact that alcohol was involved in a reckless driving incident. It is the closest thing on this list to a DUI, but still not quite as severe as a DUI, given it usually comes with less jail time, if any, and lower fines. Wet reckless charges still lend themselves to punishment for a subsequent DUI, meaning a later DUI will references a prior wet reckless to enhance your punishment. However, with this charge, your license will not be automatically suspended.

How does a DUI Plea Bargain Work for Dry Reckless per Vehicle Code 23103?

This charge is considered a misdemeanor under the law, but with no mention of alcohol or drugs. This will not count as a DUI for your record, meaning you will not have to deal with the normal insurance issues that come with a DUI or wet reckless. It will, however, give you two driving record points, and could result in the suspension of your license if enough points are accumulated on your DMV record.

This charge is considered a misdemeanor under the law. This is very similar to a dry reckless, except the punishments are slightly reduced. You will still receive two points on your DMV record, but will not have a priorable DUI on your record. This is usually an unlikely result in a DUI Plea Bargain Work in California.

This charge is considered a misdemeanor under the law, as well, and is also relatively uncommon as part of a plea bargain. Generally, this is only offered if you were drunk in a car without proof of actually operating the vehicle under the influence. However, you will not receive DMV points, because “Drunk in Public” insinuates there may not have been any issue with your actual driving.

Drinking Alcohol while in a Vehicle per Vehicle Code 23221

This charge is considered an infraction under the law. It is illegal to be in public and drink in your car, whether it is on or off. Even the passengers in your car cannot drink in this situation. If you were drinking and driving, but were not exactly impaired while doing so, this may be your offer. It does not add points to your record unless you are under the legal drinking age.

These charges are considered infractions under the law. If the prosecutor feels the case against you is weak, they may offer to plead you out to a traffic infraction. There is even more likelihood you will be asked to plead to two infractions, so you get points on your DMV record for one, and “erase” the other by completing traffic school.

If you or a loved one is being charged with a crime that involves DUI or Alcohol in California, we invite you to contact us immediately for a free case review. Schedule an appointment to meet with us in person, or feel free to submit an evaluation online and we will get in contact with you ASAP. We can provide a free consultation in our office located in Century City, or by phone.

Seppi Esfandi is an Expert Los Angeles Criminal Defense Attorney who has over 20 years of practice defending a variety of criminal cases.