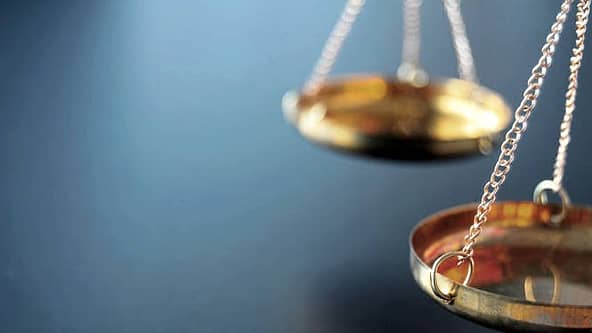 The Difference Between Felonies, Misdemeanors & Infractions

Criminal offenses in California are classified according to their seriousness. They are categorized into 3 different types:

For crimes against property: the gravity of a crime is proportional to the value of the property taken or damaged. The greater the property value, the more serious the crime.

For crimes against persons: the gravity of a crime is proportional to the amount of bodily injury inflicted on someone. The greater the injury, the more serious the crime.

Several other factors can influence the seriousness of a defendant’s charges. These factors include (but not limited to):

An infraction, sometimes also called ‘petty offense’ or simply a ‘violation’, is usually a minor offense of the law, contract or right. Infractions are not punishable by a prison term or jail time, but are subject to a maximum fine of $250.

The most common of these small violations are traffic offenses. As a punishment, the defendant’s license may also be suspended based on accumulated points:

Those accused of infractions do not have the right to a jury trial, since violations cannot lead to imprisonment or even probation. A defendant charged with an infraction may hire an attorney, but the court doesn’t have a duty to appoint a public defender for these cases. In fact, even prosecutors don’t appear on behalf of the people in most cases involving infractions.

An infraction won’t appear on a convicted offender’s criminal record.

A misdemeanor is a criminal offense in California which is punishable by:

Similarly, the penalty for misdemeanor may include: probation, community service, payment of a fine, and restitution. Some aggravated misdemeanors also carry more severe fines, for instance a misdemeanor violation of Battery on a Police Officer is punishable by imprisonment in a county jail for up to one year and/or a $2,000 fine.

A misdemeanor offense will appear on a convicted offender’s criminal record.

A felony is the most serious type of criminal offense (drug sales cases, robbery, sex crimes, and assault with a deadly weapon, corporal injury to spouse, rape, murder, etc), and often associated with the threat of harm and/or with serious physical harm to a victim.

Surprising to some, non-violent white collar crimes like fraud schemes are felonies in California.

It’s important to note that offenses that are normally misdemeanors may be elevated to felonies for second-time offenders. A felony conviction, like a misdemeanor conviction, doesn’t necessarily mean you will be incarcerated, but the chances that you will be are much greater.

A felony involves a prison sentence of:

Generally, a California felony offender will receive the standard term. The judge will usually only impose a sentence to the higher term if the crime involves aggravation or violence, such as: use of a weapon or a crime involving violence. By contrast, a lower term is imposed when there are mitigation factors involved in the crime. For example if the offender’s participation in the crime was marginal.

The defendant can also be fined up to $10,000, the payment of a fine can be in addition to imprisonment, or instead of imprisonment.

A felony offense will appear on a convicted offender’s criminal record.

Wobblers are crimes that “wobble” between two classifications and may be prosecuted as either a felony or misdemeanor.

An offense that was prosecuted as a felony may also be downgraded to a misdemeanor at the time of sentencing. This occurs only when statutes authorize judges to punish offenders as either misdemeanors or felony offenders. For more details on which crimes are ‘wobblers’, see our Wobbler Article.

California Penal Code 17(b) PC establishes two requirements for reducing a felony conviction to a misdemeanor:

Wobblettes are essentially the same as wobblers, but they “wobble” between an infraction or misdemeanor.

An offense that was prosecuted as a misdemeanor may also be downgraded to an infraction at the time of sentencing.

In many instances, an expert criminal defense attorney will be able reduce your charges to a lesser crime, have the
Felonies, Misdemeanors & Infractions cases dismissed through something called ‘early intervention‘ or through ‘discovery‘, or beat your case.

If you have recently been arrested for any criminal offense or are under investigation, or please don’t hesitate to call us for a free, no-obligation consultation.