Street Fentanyl and Its Legal Consequences 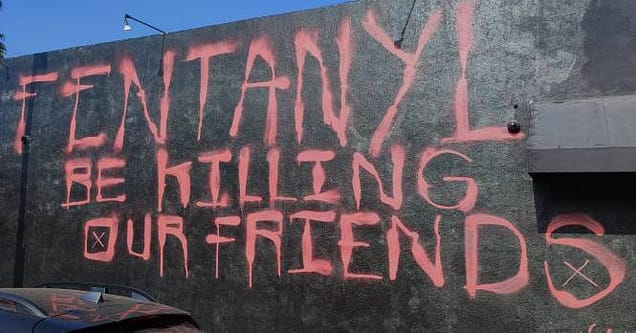 Fentanyl is up to 100 times more potent than other opioids, including morphine. Naturally, this makes it a very dangerous drug—especially when it is not used appropriately.

Prescriptions for fentanyl can take the form of a shot, a patch, or even a lozenge. The drug is prescribed primarily to post-surgery patients or to patients who are in severe pain.

Street fentanyl is any form of the drug that is used by someone without a prescription. This kind of use is illegal. Because this drug is so powerful, it can quickly become dangerous. In fact, two or three milligrams of fentanyl is considered to be a lethal dose.

In Los Angeles, fentanyl is heavily abused. In 2020, there were a total of 1,173 deaths attributed to this drug alone. By May of 2021, another 567 people had died of a fentanyl overdose in LA.

Of course, health consequences aren’t the only concern for fentanyl users. There is also the legal fallout to consider.

Below, we’ve broken down how California treats this type of drug abuse and what the future might hold for fentanyl abusers.

Where Does Street Fentanyl Come From?

Street fentanyl is usually manufactured outside of the United States, often in countries in which there are fewer drug regulations.

China is a major source of illicit fentanyl. Despite the efforts of Chinese officials to stop the flow of illegal exportation, smugglers continue to move materials like raw fentanyl and counterfeit prescription drugs across the borders.

Although China is often the source, fentanyl is usually shipped to other countries first. That’s why most street fentanyl enters the United States through Mexico or Canada.

Once fentanyl makes it past the border, it’s often mixed with other illicit drugs to increase its potency. For example, nasal sprays, powders, and pills are often laced with street fentanyl—a fact that is usually unknown to buyers and users.

Unfortunately, fentanyl is nearly impossible to smell or taste. This makes it difficult for users to detect when a drug is laced with fentanyl. When users don’t know or suspect the presence of the potent opioid, they are more likely to overdose on the drug.

While fentanyl is used to alleviate pain, it also depresses the respiratory systems and central nervous systems of users, which means that it can cause serious side effects.

How Does the Law Treat Fentanyl Abuse?

In California, the possession of a controlled substance is a misdemeanor crime. While a misdemeanor may seem like a less-than-serious crime, the charges may lead to a prison sentence or more serious (federal) charges, especially for repeat offenders.

Of course, not all illicit drugs are treated equally under the law. In California, there are actually six lists, or “schedules,” that define controlled substances and their legal severity.

Schedule I drugs include:

Schedule III drugs listed in the state of California include:

Schedule V drugs are the least restrictive. They include: 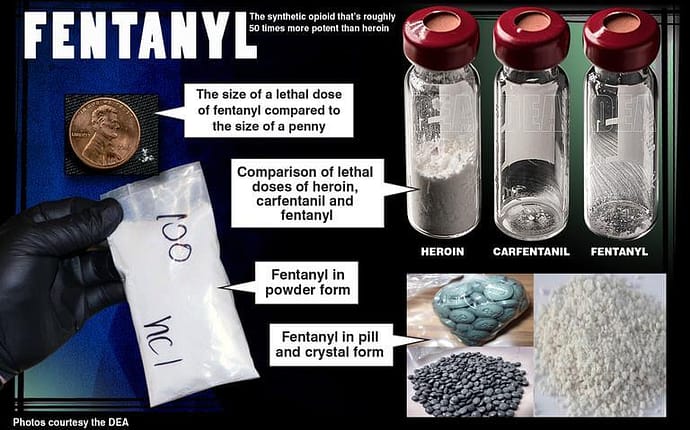 Because fentanyl falls into the category of Schedule I Drugs, it is treated more seriously than drugs from other schedules.

In 2020, more than 93,000 people died in the U.S. as a result of a fatal drug overdose. According to Deputy Attorney General Lisa O. Monaco, nearly three-quarters of these deaths were caused by opioids.

This year, the DEA (Drug Enforcement Administration) seized a historic 1.8 million fake pills, leading to 810 arrests nationwide. The vast majority of these pills were laced with illicit fentanyl.

The Department of Justice is on a mission to protect U.S. communities from the fentanyl surge. As a result, serious charges and sentences can be expected for the 810 who were arrested.

The DEA is so concerned with the opioid epidemic that in August of this year, it launched a nationwide law enforcement effort. And in September, the department issued a Public Safety Alert to warn the public about the dangers and availability of fentanyl.

Remember, the only safe medications are those that are prescribed and monitored by a doctor, dispensed by a pharmacist, and taken as prescribed.

What Should I Do If I’m Charged with Drug Conspiracy?

If you have found yourself on the wrong end of the law on this issue, contact a lawyer immediately. An attorney from Esfandi Law Group can support you through the process and help you to seek the best possible outcome. California drug laws are complicated — don’t face your charges alone.