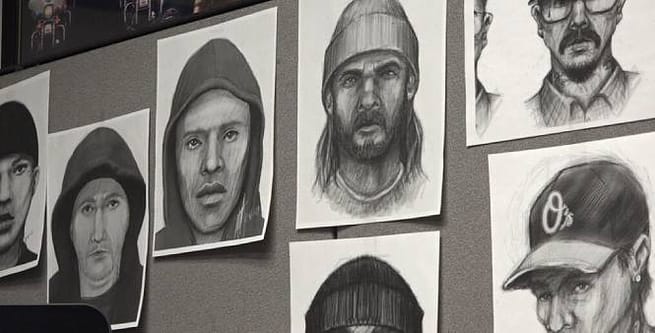 Scene documentation records the crime scene’s state. The criminal scene’s condition must be noted after the preliminary scene inspection. This is the investigator’s most crucial duty. Since crime scenes alter as soon as they’re formed, it’s essential to have a plan—an unprocessed copy of the scene.

Four documentation tasks are note-taking, videography, photography, and sketching. None of the four may be substituted. Using their creative and scientific understanding of facial anatomy, forensic sketch artists or composite artists construct representations of suspects and missing individuals based on their expertise in the field. A forensic artist uses interviews with victims or witnesses at a crime scene to make sketches that police and the public may use to identify and capture criminal suspects.

Forensic sketch artists have diverse responsibilities that necessitate critical thinking, perceptive questioning, and the ability to absorb and artistically interpret verbal information. In this case, applying their knowledge of human anatomy and anthropology benefits law enforcement, victims, and the public at large. Forensic sketch artists utilize their knowledge of facial anatomy to create realistic portraits of suspects and the missing. The public and police may use these drawings to identify and apprehend criminal suspects after interviewing victims or witnesses at the site of the incident.

Hand-drawn forensic drawings based on witness statements are a time-consuming yet conventional way of identifying culprits. In some instances, however, authorities lack the luxury of time. This competition is altered by a new automatic sketch identification technology created by Michigan State University.

FaceSketch ID System reliably identifies offenders by comparing forensic drawings to massive databases of mug shots and photographs kept by law enforcement authorities, thanks to advancements in computer vision and machine learning. It enables law enforcement organizations to rapidly catch offenders, mainly when no picture or video of the subject is available. The system was designed by Anil Jain, a distinguished professor in the Department of Computer Science and Engineering at Michigan State University.

The next generation of face recognition systems is based on facial sketch matching. FaceSketch can also compare drawings of offenders caught on low-resolution surveillance footage to databases, including mugshots or driving license images.

Recently, MSU licensed FaceSketch to Morpho, the most prominent biometrics firm in the world, so that it may be used by more law enforcement organizations globally. In addition, the technology may change scanned drawings so that the suspect seems younger to better match with database photographs. The licensing of the FaceSketchID System to Morpho is an example of how MSU technologies put research results to work to keep communities safer.

Routinely, crime scene renderings should be created. A crime scene render is just an illustration or model that properly represents the look of a crime scene. It is more efficient if two individuals collaborate on a drawing. One person will sketch while the other takes measurements. Sketching a crime scene helps investigators remember elements of the incident. They are also simple to submit in court since even judges can easily comprehend them. Drawing may be used to interrogate suspects and witnesses. Sketches and images enhance understanding. The measured drawing is a reference that places photographs in context with the rest of the scene. They show evidence placement and are used as visual aids during court proceedings.

Why is Sketching Essential to the Documenting of a Crime Scene?

Because the other approaches make it difficult for the spectator to get a sense of distance and scale. A render is the simplest way to convey the layout and dimensions of a crime scene. It is essential since: