Los Angeles Dognappings On The Rise 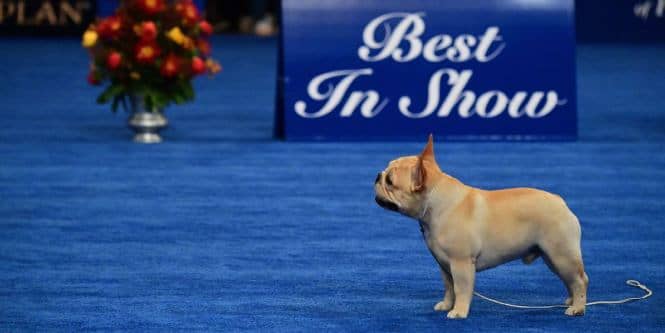 It’s a heart-wrenching reality for pet owners everywhere – the fear of your beloved pet getting stolen. Unfortunately, this fear has become more and more prevalent in Los Angeles in recent years, with the growing number of reported dognapping cases. In this article, we’ll look at what dognapping is, why it’s happening in Los Angeles, and how to protect your pet from being stolen.

Dognapping is the illegal act of stealing a pet for the purpose of selling it on the black market. It’s a growing problem in the United States, but it is particularly rampant in Los Angeles, where there is a higher demand for certain breeds of dogs. These breeders charge exorbitant prices for their animals and often purchase stolen dogs instead of sourcing them from reputable sources.

Dognapping is different from pet theft, which is the act of stealing a pet for personal use. Pet thefts usually occur when the thief has a personal connection to the pet or the pet’s owner, or when the pet is left unattended or unsupervised.

Recently, there have been several high-profile dognapping cases in Los Angeles.

January 2023, a french bulldog was stolen at gunpoint in Beverly Hills. The community is still in shock, and the little guy is still at large.

December 2022, two French bulldogs were stolen at gunpoint from a pregnant woman in Studio City. Luckily the mutts were found later and returned to the poor lady.

September 2022, Nine french bulldogs were snatched by professional dognappers in Northridge. This remains one of the biggest dognapping crimes in LA to date.

These are just a few examples of the growing number of dognapping cases in Los Angeles.

Causes of Dognapping in Los Angeles

The causes of dognapping in Los Angeles can be attributed to a variety of factors. One of the main reasons is the high demand for certain breeds of dogs, such as French Bulldogs and Chihuahuas, which are often stolen for the purpose of selling them for a profit.

Another cause of dognapping in Los Angeles is the lack of awareness about the issue. Many pet owners are unaware that their pets are at risk of being stolen, which makes it easier for pet thieves to get away with their crimes. Additionally, there is a lack of enforcement of the laws against dognapping, which makes it even harder to prosecute those responsible.

Finally, the lack of public education about the issue is a major factor in the prevalence of dognapping in Los Angeles. Many pet owners do not know how to protect their pets from being stolen, or how to report a stolen pet, which makes it easier for pet thieves to get away with their crimes.

The Impact of Dognapping

The impact of dognapping is far-reaching and devastating. It causes immense emotional distress for pet owners, who are often left feeling helpless and traumatized. Additionally, stolen pets are often sold into the black market, meaning they can end up in abusive or neglectful situations. This can lead to physical and psychological trauma for the animals, which can have long-lasting effects.

The economic impact of dognapping should not be overlooked either. Pet owners are often left with hefty vet bills and kennel fees as they search for their missing pet. Additionally, stolen pets often have to be replaced, leading to significant financial losses for their owners.

How to Protect Your Pet from Being Stolen

There are several steps that pet owners can take to protect their pets from being stolen. It’s important to keep your pet on a leash at all times, even when you’re at home. Additionally, consider microchipping your pet and keeping their vet records up-to-date. This will make it easier for you to track your pet if it is stolen.

You should also be vigilant when you are out and about with your pet. Be aware of your surroundings and keep an eye out for suspicious people or vehicles. If you have any concerns, contact the police immediately.

Finally, if your pet is stolen, it’s important to act quickly. Report the theft to the police and contact your local animal shelters and rescue organizations. You can also post fliers in your neighborhood and on social media to help spread the word.

There are several steps that pet owners can take to avoid dognapping. First, it’s important to make sure that your pet’s ID tags are up-to-date and clearly visible. This will help to identify your pet if it is stolen.

Next, it’s important to be aware of your surroundings when you are out and about with your pet. Be mindful of suspicious people or vehicles and take extra precautions when walking your pet at night.

Finally, it’s important to be careful when selecting a pet breeder. Make sure that the breeder is reputable and that the animals are healthy and well-cared for. Avoid buying a pet from someone who offers to sell you a pet without proper identification or paperwork.

What to Do if Your Pet is Stolen

It’s also important to check Craigslist, eBay, the dark web and other online marketplaces for stolen pets. You may also want to contact pet stores, breeders, and pet-sitting services in your area, as they may be able to help you find your pet (always chip your pet with an RFID chip).

Finally, you can create a pet profile on the National Council on Pet Population Study and Policy’s (NCPPSP) online database. This will help the NCPPSP to track stolen pets and return them to their rightful owners.

How to Help End the Growing Dognapping Crisis

There are several ways that you can help to end the growing dognapping crisis in Los Angeles. First, you can spread the word about the issue and educate your friends and family about the risks of grand theft pet.

You can also join animal welfare organizations and volunteer your time to help raise awareness about the issue. Additionally, you can donate to local animal shelters and rescue organizations, which are often on the front lines of rescuing stolen pets.

Finally, you can lobby your local government to increase enforcement of the laws against pet theft and to increase public awareness about the issue. By taking action, we can all help to end the growing dognapping crisis in Los Angeles.

If you think your pet has been stolen, it’s important to act quickly and contact the police. You can also contact your local animal shelters and rescue organizations, and post fliers in your neighborhood and on social media. Lastly, make sure your pet is always chipped with an RFID in case he or she is lost or stolen.

Take action now – help spread the word about the growing dognapping crisis in Los Angeles and help protect your pet from being stolen.