How to Get a DUI Dropped Fast in Los Angeles 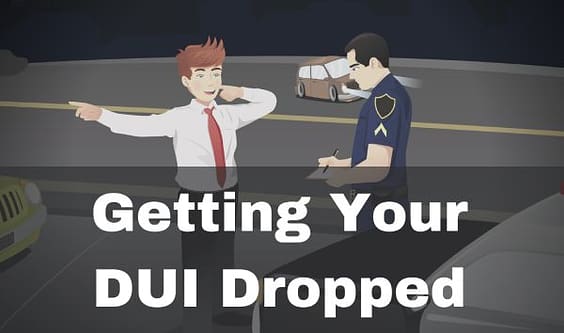 So, you’ve been arrested for DUI. Now what? The first step to protecting yourself is arming yourself with a skilled and experienced DUI attorney. A DUI attorney is well-versed in California DUI law and uses that knowledge to help secure the most favorable outcomes for their clients that cause the least amount of damage to their reputation, bank account, etc.

Defense 1: You May Be a Bad Driver

Just because someone is driving erratically, speeding, or performing other kinds of “bad” driving, doesn’t automatically mean they’re drunk. You can fight California DUI charges by arguing that you were simply driving badly, not under the influence.

The prosecution will take a focus on your driving partner during the alleged DUI. They will likely have the arresting officer testify that you were driving in a manner that’s consistent with somebody under the influence of alcohol or drugs. A skilled DUI attorney will rebut this evidence by making sure the officer paints the full picture and will ask them questions about the ways you drove properly and safely. The testimony that your DUI attorney will elicit from the officer will likely include:

When you are charged with DUI in California, the prosecution will likely include evidence from the Field Sobriety Test (FST) given to you by the arresting officer. However, these tests are frequently challenged, and there are questions surrounding their accuracy.

Your DUI attorney will likely try to challenge the FST results as part of your DUI defense strategy. This is because although the prosecution will likely call in “experts” that testify about your poor performance on the Field Sobriety Test and conclude you were, in fact, intoxicated. But, in reality, there are many other factors that can impact coordination during the Field Sobriety Test, such as:

The truth is, these factors vary significantly, and therefore, make questioning the reliability of Field Sobriety Tests a strong DUI defense.

Defense 3: So-Called “Symptoms” of Intoxication Are Not Reliable

Another effective way to fight a California DUI is to challenge the state’s use of physical intoxication “symptoms” that “prove” you were intoxicated. Your appearance plays a significant role in the investigation surrounding your DUI arrest. Police officers rely on physical “symptoms” and will undoubtedly testify that you were intoxicated because you had:

These “objective signs and symptoms of intoxication” are listed on the officer’s pre-printed DUI arrest form that’s used by the California Highway Patrol, the Los Angeles Police Department, and other law enforcement agencies across the Golden State. Form 5.2.5 allows arresting officers to check off that you displayed the above-mentioned symptoms without further explanation.

An experienced DUI attorney can help defend you against DUI by arguing other factors caused the symptoms, including:

Your knowledge DUI lawyer will also elicit testimony that alcohol does not have an odor and that what people typically perceive as alcohol on the breath is just the smell of other things found in both alcoholic and non-alcoholic drinks, like the malt and hops in beer.

Many DUI cases are won with a Rising BAC defense. The issue in a DUI case is what is your BAC at the time you were driving, 45 minutes later or 2 hours later, which is often the delay between the time someone is pulled over and the time their blood alcohol content is measured with the chemical test- either a breathalyzer or blood test. Often the BAC level actually rises because it takes for alcohol to digest in the stomach and get into the blood stream.

An experienced DUI attorney can hire a toxicologist who can serve as an expert witness to help make the case that your blood alcohol was under .08 at the time of driving and rose to the measured levels at the time of testing.