What is Los Angeles Doing About Ghost Guns? 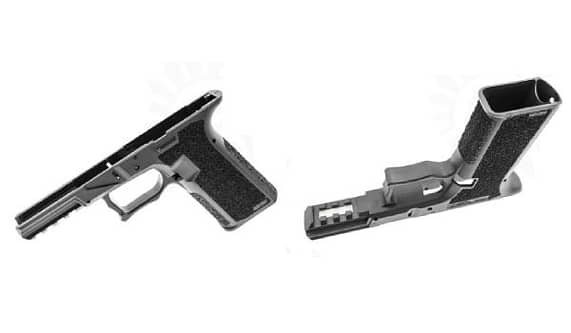 So-called “ghost guns” are becoming a weapon of choice among criminals in Los Angeles. Now, Los Angeles City Attorney Mike Feuer is stepping in and filing a lawsuit on behalf of Los Angeles against Nevada-based ghost gun part manufacturer Polymer80.

Polymer80 is one of the country’s largest sellers of ghost gun kits and parts. Polymer80 makes unfinished lower receivers or frames that can be purchased online or from a dealer as kits and assembled at home. The end result is a weapon with no serial number, and that won’t require a background check to buy or put together. These ghost gun kits are frequently sold online, which easily allows criminals and mentally ill people to access and own guns.

Fuer cites the surge in deadly gun violence in Los Angeles and the alarming increase in the number of untraceable guns being recovered by police as significant reasons for the lawsuit.

Fuer said, “Untraceable ghost guns are the emerging weapon of choice for criminals, here in L.A. and around the country. We’re fighting to stem this tide at a time when gun violence is devastating neighborhoods in our City,” said Feuer. “Nobody who could buy a serialized gun and pass a background check would ever need a ghost gun. Yet we allege Polymer80 has made it easy for anyone, including felons, to buy and build weapons that pose a major public safety threat.”

Fuer is partnering with Everytown Law, the largest team of litigators in the U.S. dedicated to advancing gun safety in the courts, civil, and criminal justice systems in the lawsuit. Everytown has previously referred to ghost guns as the fastest-growing gun safety problem the nation faces.

LAPD said they had recovered more than 700 ghost guns containing parts from Polymer80— 300 of which were in the south L.A. area. Statistics show that in L.A., about 40% of guns recovered by police don’t have serial numbers.

The lawsuit argues that Polymer80 is violating state and federal gun laws as well as engaging in false advertising by telling customers their business model is legal.

What Are “Ghost Guns?”

The Market for Ghost Guns

According to Fuer’s complaint, Polymer 80, Inc. has captured a significant percentage of the ghost gun kit and part market. According to the AFT, law enforcement recovered about 10,000 ghost guns in 2020 alone; of those, about 2,700 were recovered in California and nearly 90% of the 1,500 ghost guns in 2019 ATF’s database were made from Polymer80 parts.

Records also show that Polymer80 shipped about 9,400 times to California customers between January 2019 and October 2020. Included in those figures are at least 200 “buy build shoot” kits that contain all of the required components to build a fully functional, untraceable gun.

Yes, ghost guns are being used at record numbers nationwide, including right here in California:

California enacted a law in 2016 that placed new requirements on anybody who manufactures or assembles or otherwise possesses firearms without serial numbers without a valid firearm manufacturer’s license.

For any other questions about ghost guns or gun laws in Los Angeles, contact our team of skilled Los Angeles Gun Crime Attorneys today.