May 18, 2022 by Madison Ferguson in Special Report 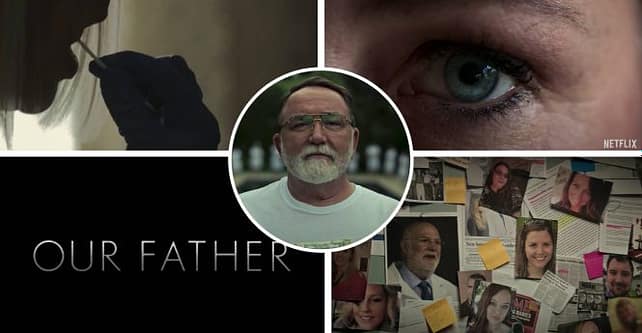 Have You Ever Heard of ‘Nonconsensual Insemination’?

Until recently the idea of inseminating a woman against their will with a different sperm than they expected was relatively unheard of. However, the 2022 Netflix documentary ‘Our Father’ exposes this very act by a criminal fertility doctor Donald Cline.

The documentary takes place in the state of Indiana, where it’s clear that the laws were not in place to handle such invasive, dishonest acts at the time. Till this day, he is a free man and only received one year probation for fraudulently inseminating dozens of women with his own sperm.

Even more disturbing is the fact that most states in the US have no laws protecting women from these acts even now. At the moment, only six US states have tried to deal with insemination fraud, including California, Louisiana, Colorado, Texas, Indiana, and Florida.

Perhaps they have a partner who is clinically infertile for one reason or another, they do not want to risk transmitting an unwanted genetic disorder from their significant other, are a single woman or a member of the LGBTQ community, and wish to have a baby. For persons in any of these situations, opting for an anonymous sperm donor is likely one of the best ways for them to conceive a baby and begin a family of their own.

However, just because artificial insemination has helped thousands of women and couples begin their families doesn’t mean it does not come with its own issues. In recent years a lot of information has come out about fertility doctors using their own semen to inseminate their patients without their knowledge or consent.

A 1987 survey conducted by the US Office of Technology Assessment showed that 2% of fertility doctors used their own sperm to inseminate their patients. This is even though this behavior is largely considered unethical in the medical community.

This behavior has mainly come to light in recent years due to the growing popularity and easy accessibility of DNA testing. Humans have a keen interest in understanding where they came from as it can help them get a better understanding of who they are. Even in special cases with anonymous sperm donors. Individuals would like to understand their genetic pool even if they do not get to meet their biological parent. This is where sites like 23andMe come in.

Nonetheless, while the growing popularity of easily accessible DNA testing has enabled people to understand their roots, it has also revealed some shocking truths about the fertility industry, including how fertility doctors are using their own sperm to inseminate the patients. What is even more shocking is the fact that there are very few federal and state laws protecting patients against a situation where the fertility doctor they trusted goes against their wishes for the donor they picked and switches the sperm for their own.

Currently, there are cases similar to this popping up all over the place nationwide. From Dr. Norman Barwin in Ontario to Dr. Donald Cline in Indiana, Dr. Kim McMorries in Texas, Dr. Gerald Mortimer in Idaho, Dr. John Boyd Coates in Vermont, and Dr. Ben Ramley in Connecticut were all found responsible for fathering the children of their patients without the woman’s consent or knowledge. Insemination fraud, as law professor Dr. Jody Madeira refers to it, is a serious offense that needs to be taken very seriously.

However, the fact that the sperm clinic industry is largely self-regulatory. This makes it harder to bring the culprits of such a heinous crime to justice. Currently, there are very few federal and state laws that regulate this industry, and even the regulations that do exist, are more recommendations than rules that must be followed. In fact, currently, the main federal supervision that the sperm clinic industry receives is from the FDA, which is limited to sexually transmitted diseases screening.

Thus, most fertility clinics and doctors have the leeway to impose their own agendas on how the world of sperm donorship should be handled. This, in turn, is creating a situation where individuals are finding out years later that they were deceived in the most horrendous of ways by a person they professionally trusted. What is even worse is that some of these doctors feel justified in their actions as, in their minds, they see it as a way of increasing the chances of their patients getting pregnant with fresh sperm for higher fertility rates, according to Dr. Madeira.

However, some still choose this action for their personal reasons.

So how do we hold these physicians accountable for their heinous crimes?

Fortunately, a few states are beginning to pass laws that will hold fertility physicians accountable for their crimes. At the moment, only six have tried to deal with insemination fraud, including California, Louisiana, Colorado, Texas, Indiana, and Florida.

Though the laws vary, they are meant to help ensure that fewer patients find themselves in the situations that some families are facing right now after finding out their physician is their father.

Hopefully, as more stories and outrage crops up, more states, as well as the federal government, will pick up this trend and hold their fertility doctors more accountable for their actions.

Watch the Trailer for ‘Our Father’:

Need an Attorney to Protect Your Rights?