Is Patronizing a Prostitute a Crime in California? 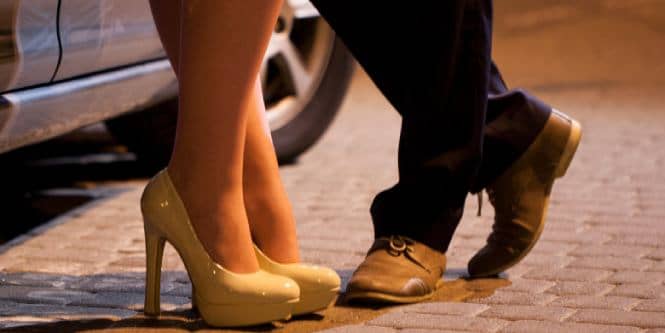 Accusations of prostitution patronage or solicitation may be humiliating and socially damaging. You should contact a criminal defense attorney following your arrest to protect your reputation and future from the potentially devastating effects of a charge like this. Patronizing prostitution charges are often the result of simple misunderstandings or law police entrapment; thus, contacting an attorney as soon as possible should be your first concern. Whether or not money was exchanged, you have the right to stay silent and calmly await the arrival of your attorney.

What is Against the Law under California Penal Code 647(b)(1)–(3), Soliciting Prostitution?

To find you guilty under CPC 647(b)(1)-(3)[1], the prosecutor must prove the following beyond a reasonable doubt:

In addition, most California courts require you to complete an HIV Testing and AIDS Education Program filed with the court. Additionally, suppose the location you frequent is renowned for prostitution, and police sting operations are conducted there. In that case, you may be prohibited from entering that area at any time, which may be troublesome if you work or live nearby. This is not a sex crime defined by PC 290; hence you will not be forced to register as a Sex Offender unless unusual and extreme circumstances as determined by a judge apply.

However, if convicted under 647(b)(3) (solicitation involving a minor), you may be subject to the following penalties:

Are accusations under PC 647b subject to legal defenses?

In solicitation and prosecution proceedings, defendants may raise a legal defense to refute accusations. The following three typical defenses are offered by those accused:

Insufficient evidence indicates that a prosecutor only has some of the proof required to prosecute someone for soliciting or prostitution. A jury will only have a reasonable doubt that an accused person committed a crime if enough evidence supports it.

Entrapment refers to a situation in which the police coerce a suspect into committing a crime. When a defendant is accused of prostitution or solicitation following an undercover operation, entrapment is often raised as a defense. The defense is effective as long as the accused demonstrates that the PC 647b infraction was only due to the undercover police officer’s entrapment.

Unfortunately, individuals are often wrongfully charged under this law. Someone may falsely accuse someone else of soliciting or engaging in prostitution out of envy or retaliation. Nevertheless, a defendant may argue that they were unfairly held responsible, regardless of the cause.

It may not be evident what the defendant was truly consenting to due to a language barrier, cognitive impairment, or other condition that prevents the parties from communicating clearly.

The offenses listed below are categorized as “related” because they are commonly prosecuted under California Penal Code sections 647(b)(1)-(3) or share components that the prosecution must establish beyond a reasonable doubt.