How to Get a Domestic Violence Case Dismissed 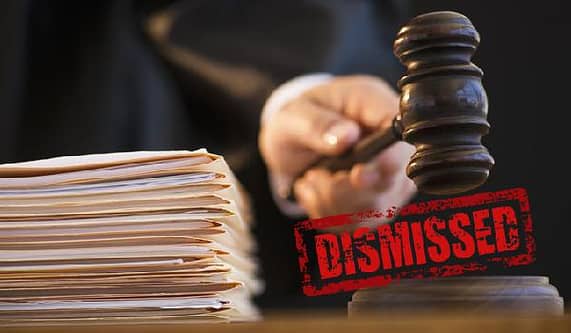 Domestic violence is serious, and anyone who harms another innocent person physically through unprovoked assault should face penalties. However, sometimes these alleged domestic violence cases, which involve a partner accusing the other of violence, are not actually Domestic Violence cases as defined by California PC 273.5 and PC 243(e)(1).

Frequently, they are merely false accusations made in the “heat-of-the-moment.” Sometimes the arguments are fueled with anger, and sometimes alcohol is also involved; this can “muddy the waters” for some and make things even more complicated.

Usually, after the argument or dispute is over, when the parties or spouses “cool down,” they realize their argument or dispute was nothing too serious. They wish no charges to be filed against their significant other. Unfortunately, it may be too late.

If someone in the heat of the moment calls the police for an alleged domestic violence dispute, even if no violence actually took place, usually someone (if not both parties) will be arrested. A formal and official police report will be prepared. In that case, if the person who originally called the police wishes to no longer press charges, it may be too late.

Upon further reflection and after they have had a chance to calm down from the argument, the one party in the relationship may realize it was not really “domestic violence.” However, the prosecution is in control at that point, and they, not the alleged victim, will ultimately decide whether or not charges will be filed.

Thus, it becomes critical to know what a Domestic Violence charge means from a legal standpoint and how one can have these charges dismissed. A criminal conviction for Corporal Injury PC 273.5 can have devastating consequences on one’s life and reputation.

Get a Criminal Defense Attorney

An experienced criminal defense attorney is vital in helping to get these charges dismissed. Your attorney understands the nuances and intricacies of the law and what is required to prepare your case ultimately with a goal of dismissal of all charges.

A good relationship with prosecutors and cooperation on the defendant’s part is essential. While most people think the victim decides whether to press charges or not, the reality is that the prosecution is the one who makes the final decision.

Often, the victim or alleged victim wants to drop charges for various reasons. One reason could simply be remorse. For example, the argument may have been just a simple argument that blew out of proportion due to the nature of the relationship between the two spouses or domestic partners; there may have been no actual physical violence involved. After further contemplation, the one person does not want to get their partner in trouble for a “silly” dispute.

Another reason could be fear; for example, one partner fears the consequences of pressing charges against their spouse. They may fear retaliation on the part of their spouse if charges are brought against their partner. Since the prosecution ultimately makes the decision, a good working relationship between the criminal defense attorney and the defendant is helpful. The prosecution may begin to understand that nothing too serious happened, actual violence was not involved, and prosecution and jail or prison time are not warranted.

Gathering ALL accurate information about what happened (before, during, and after the argument) is critical in defending PC 273.5. It is best to put all the facts together in chronological order and concisely to make your best case. Suppose, for example, there is a history of a spouse bringing false accusations against their partner. In that case, it is imperative to credibly demonstrate that behavior and present these facts with as much clear evidence as possible. Here, evidence is crucial.

Obtaining accurate police reports is essential. Often, in domestic violence disputes, the police will be called to the scene, and one or both parties will be arrested. It is imperative to get a copy of the report to see what was reported and ascertain its accuracy or any inconsistencies of information in the report.

For example, suppose a husband is being charged with causing domestic violence for hitting his wife; however, in this situation, let us say the wife first hit and threatened her husband, and he hit her back only in self-defense. The husband should obtain a copy of the police report and check it for accuracy. If the report states the opposite of what actually occurred (in our scenario, the opposite would be that he hit her first instead of the other way around), it will be necessary to highlight this as part of his defense to have the charges against him dropped.

Having credible character witnesses who would be willing to testify to your good character is helpful in these situations. Someone with first-hand knowledge of you or the situation can help explain, through testimony, what might actually be happening in the relationship. This person might help establish that the one spouse wishes to wrongly accuse the other spouse merely for vindictive reasons having nothing to do with actual legal domestic violence.

In these situations, character witnesses are an excellent source to utilize as a tool to help with your defense. They can often help the truth be brought to light. The actual situation may become more apparent to the prosecution and the court; thus, the charges against you will be dismissed.

The First Step to Winning