Constitutional Rights: What Is The Problem with Rapid DNA? 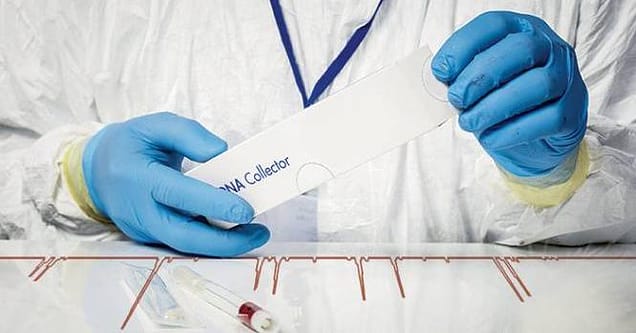 For years forensic scientists have been using DNA testing and research to help law enforcement solve and identify potential suspects of certain crimes. Success stories like the catching of the Golden State Killer, a cold case that had been stagnant for decades, prove how effective DNA testing can be in crime-solving.

Since DNA started being used for crime control around the 1980s, there have been several legal challenges to the collection and use of DNA evidence for crime control. Thus, when the Combined DNA Index System (CODIS) was created to assist in the collection and analysis of DNA samples under the DNA Identification Act. The database was heavily regulated to ensure no misuse occurred. All DNA crime scene samples that were to be submitted into this federal DNA database needed to have passed through a fully accredited lab.

However, once the Rapid DNA Act was signed into law in 2017, the strict restrictions on DNA samples entered into the CODIS database got a little loose. The act encouraged the use of Rapid DNA machines by law enforcement. These machines, which are sometimes known as magic boxes, are devices that can analyze blood, saliva, or any other biological matter in approximately 90 minutes. These devices provided a quicker way for law enforcement to test DNA samples in an easy-to-operate device. These DNA samples would then be uploaded directly to local and county DNA databases, and only in very select crimes, singular profiles could be submitted to the CODIS database.

So if Rapid DNA machines offer a quicker way to test DNA, why do they have so many people worried?

However, this is not the case for law enforcement. There are no laws governing how police can use the local DNA sample information they gather, and they do not need to go through any special training to handle Rapid DNA devices. This action itself threatens the Constitutional rights of Americans as it opens up the risk of abuse and mishandling by the police.

A Rapid DNA test machine can swallow up a DNA sample whole. Meaning that once a swab is submitted for DNA testing, the machine can essentially destroy the genetic sample. Meaning there may be nothing left for an accredited laboratory to conduct further testing. This can impact an individual’s rights since the evidence they may need to re-test and contest the results found by the device is destroyed.

In recent years, DNA collection has increased. A significant number of states collect DNA material from their arrestees, and Rapid DNA testing can help escalate this trend. It would be easier for law enforcement to run a suspicious individual’s DNA data simply to see if they was anything useful to be found. Taking such an approach could aggravate racial bias since most people of color, particularly people of the Black and Latinx community, are often considered suspicious even without any valid defense to back it up. Thus, Rapid DNA test devices could lead to DNA samples of people from minority communities ending up in criminal databases for no valid reason.

These are just a few examples of the danger that Rapid DNA testing devices could pose to the Constitutional rights of Americans. Though many promoters of Rapid DNA believe that it will help the justice system. Without the proper regulations, we could be opening up a dangerous window that could lead to the abuse of DNA evidence.