What Is a ‘Self-Defense’ Defense in Criminal Law? 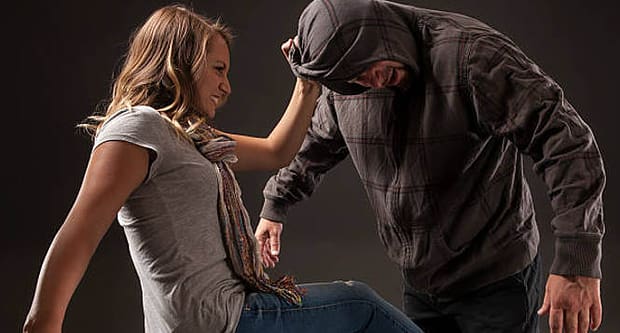 In California, as well as other states, it is considered your right to defend yourself, your property, or another person against impending danger. Sometimes this may involve committing actions that are against the law. Nonetheless, in situations like this, a defendant can use self-defense as a legal defense for the crime in California.

However, to effectively use self-defense for your rebuttal in court. It is necessary to understand what counts as self-defense and what other factors matter.

What Is Self Defense?

Self-defense refers to the use of force or violence against another individual to protect yourself, another person, or your property against imminent harm. Thus, by claiming self-defense the defendant does admit they broke the law. But you only did so because you were trying to protect yourself or someone else.

Self-defense in California can be used as a legal defense for violent criminal offenses such as:

The Elements of Self-Defense Laws in California

For a defendant to legally claim they acted in self-defense under California state law, they have to prove:

Imminent danger describes a threat that is occurring at the moment. Self-defense only works as a legal argument if the peril is impending. Meaning the harm needs to be happening right before the defendant’s eyes. Therefore, if the danger is expected to occur, in the future, and the accused breaks the law. It cannot be categorized as self-defense.

For one, to legally claim self-defense, the defendant needs to reasonably believe that the threat exists and force or violence was required to protect them. Bear in mind a belief does not have to be correct to be considered reasonable.

To determine reasonability, a judge or jury will consider:

The level of force used needs to be reasonably proportionate to stopping the perceived threat under the circumstances to claim self-defense. If more force than a logical person would require is used. Then the defendant cannot argue self-defense.

This begs the question, can deadly force be used when acting in self-defense?

The simple answer is yes.

A person can still act in self-defense while using deadly force. Nonetheless, the deadly force does need to be justified. The force used always needs to match the perceived threat. Therefore, if the accused believes the imminent threat put them or someone else’s life in danger or the victim was being exposed to a forced, barbaric crime. Then the deadly force may be warranted.

Some Other Factors To Contemplate On California Self-Defense Laws

What is California’s stance on Standing Your Ground?

You should be aware that Stand Your Ground matters in California works even if the defendant would have been safer running away.

Can You Claim Self-Defense If You Initiated The Fight?

Self Defense of Others Or Property

In California, it is well within your rights to protect others, as well as your property. As long as you can prove that you reasonably believed the other person or their property was in immediate harm. Also, you reasonably believed the force or violence used was warranted to stop the danger, and only the sufficient amount of force necessary was used.

The Castle Doctrine refers to a group of laws that describe your right to use deadly force in your home to protect yourself or the family if someone happens to break in. Therefore, under the Penal Code 198.5PC, if a homeowner perceives impending danger when someone breaks into their home. The homeowner has no duty to retreat and is considered justified to use deadly force to protect themselves, their family, and their home.

What Is an ‘Affirmative Defense’ In Criminal Law?

Claiming Self-Defense In a Criminal Case – Hire Us

Have you been accused of criminal charges? But were, only acting in self-defense? Then contact us at the Esfandi law firm and allow us to help you argue your case. With over 21 years of experience handling all kinds of criminal cases. We have the needed skills and experience to analyze your case with a fine-tooth comb and create a compelling self-defense case.