Defining the Crime of ‘Stalking’ in Los Angeles 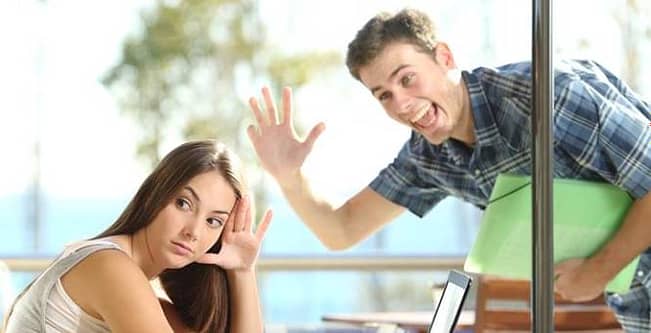 The Crime of ‘Stalking’ in Los Angeles California

I’ll be a hard-lovin’, pushin’ kind of individual
Knockin’ night and day at your door
You’ll have to turn me away like an indestructible force
Baby, I’m gonna make you mine – “I’m Gonna Make You Mine” 1969

The next year, in response to the anti-stalking movement spawned by Schaeffer’s murder, the California legislature gave birth to the crime of stalking. California’s anti-stalking law was the first law that enabled police to get involved in a harassment situation before it escalated into a physical confrontation.

Thus, if Christie actually engaged in the urgent, obsessive, and perseverant behavior of which he sings, he would likely be arrested under Penal Code 646.9.

All fifty United States quickly followed California’s lead in making stalking a crime and, in 1993, the Federal Government joined in with its own National Institute of Justice’s Model Anti-Stalking Code.

Since its inception in 1990, Penal Code 646.9 has been modified for clarity and strength, to broaden its scope, and to make sure that it passes constitutional scrutiny with respect to free speech.

“Any person who willfully, maliciously, and repeatedly follows or willfully and maliciously harasses another person and who makes a credible threat with the intent to place that person in reasonable fear for his or her safety, or the safety of his or her immediate family is guilty of the crime of stalking.”

It goes on to note that:

“It is not necessary to prove that the defendant had the intent to actually carry out the threat. The present incarceration of a person making the threat shall not be a bar to prosecution under this section.”

According to the National Center for Victims of Crime Stalking Resource Center, 7.5 million people are stalked each year in the United States. Psychologists divide stalkers into three categories:

Erotomanic Stalkers – imagine an ongoing, reciprocated intimate relationship, usually with a celebrity or other unattainable person; these stalkers are usually women and their targets are usually men.

Love Obsessional Stalkers – become fixated on the target, despite the fact that they don’t know the target or have only a passing acquaintance with them; these stalkers are usually men who suffer from an additional mental disorder.

Simple Obsessional Stalkers – the most common type of stalker, accounting for 70 to 80 percent of all stalking cases. This is the lovelorn, out-of-control, at-the-end-of-my-rope stalker, the one who had a previous intimate relationship with the target.

The Stalking Prevention, Awareness, and Resource Center’s Prosecutor’s Guide to Stalking points out that:

“Stalking differs from most crimes in that it criminalizes a ‘course of conduct’ rather than a discrete criminal act. Moreover, the individual acts making up the course of conduct are often not criminal in and of themselves. Acts that may be innocuous in a different context may become menacing due to their repetitiveness or intrusiveness, or because of the history of violence in the relationship between stalker and victim. When there has been a history of violence and the victim has gone to significant lengths to avoid any encounters with the abuser, even a seemingly friendly note or gift is an alarming signal that those efforts have been unsuccessful— that the abuser has found the victim and once again poses a threat.”

“a course of conduct directed at a specific person that would cause a reasonable person to feel fear.” The CDC enumerates the following stalking tactics: “unwanted phone calls, voice or text messages, hang-ups; unwanted emails, instant messages, messages through social media; unwanted cards, letters, flowers, or presents; watching or following from a distance, spying with a listening device, camera, or global positioning system (GPS); approaching or showing up in places, such as the victim’s home, workplace, or school, when it was unwanted; leaving strange or potentially threatening items for the victim to find; sneaking into a victim’s home or car and doing things to scare the victim or let the victim know the perpetrator had been there.”

Put simply, stalking is a repeated, continuous, pattern of behavior coupled with a (perceived) threat.

Felony stalking convictions (particularly when coupled with prior felony convictions for Stalking [PC 646.9], Criminal Threat [PC 422], Domestic Violence with Injury [PC 273.5] or violation of a Domestic Violence Court Order [PC 273.6] ) can result in large fines, restraining orders valid for up to ten years, forced participation in mental health treatment, Sex Offender Registration [PC 290], and can have an impact on immigration status.

Sometimes their stories are difficult for them to prove.

Sometimes it’s possible for your attorney’s investigator to find information that calls the credibility of your accuser into question. For instance, perhaps he or she previously made unfounded stalking accusations against someone else or engaged in other dishonest behavior.

Impeaching your accuser’s credibility based on substance abuse, mental health history, etc. could negate the accusations made against you.

If the person accusing you proves to be a fabulist, any case against you will, obviously, be seriously weakened.

If you are under investigation for stalking, do not discuss your case or the allegations with law enforcement or on social media. Don’t contact your accuser; your desire to ameliorate the situation will likely be viewed/presented as an attempt to intimidate. If there is a restraining order against you, don’t violate it. Don’t add any new information to the case, even if you sincerely believe you’re just trying to explain yourself. Once you’re working with a capable attorney, your attorney will communicate on your behalf.

Just because someone accuses you of behavior that makes them uncomfortable doesn’t mean it is stalking. If you’ve been accused of stalking in California, an experienced attorney will attempt to convince the prosecutor not to file formal criminal charges against you, at all. If you have been formally charged with stalking, your qualified attorney will fight to have those charges dismissed or reduced.