Were You the Victim of an ‘Unlawful Police Stop’? 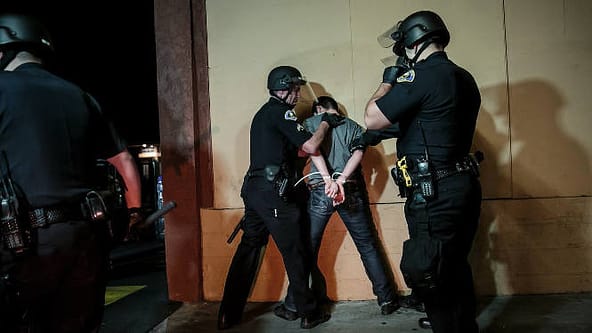 The stakes can be high for Victim of an unlawful police stop — why and how the law enforcement officer stops you, and how the officer discovers something during the stop, is every bit as important as what they discover.

Often the search and seizure process will determine whether someone is allowed to carry on with their day or whether they’ll be sent to jail. With a good criminal defense attorney by your side, the way the Victim of an Unlawful police stop was conducted may be challenged in court, and if there was any misconduct, the evidence may not be admissible in court.

Literally thousands of times a day, illegal searches and seizures occur all over the country, and most go unchallenged.

Under the Fourth Amendment to the United States Constitution, people are protected from unreasonable searches and seizures.

Whether you are driving a vehicle, walking down the sidewalk, or simply sitting in a parked car, police officers need a valid reason to justify stopping and questioning you. That reason generally should be associated with a violation of a penal code, health code, or vehicle code observed by the officer. This is what is known as ‘probable cause‘.

Although the Fourth Amendment was designed to protect against unreasonable searches and seizures, more and more frequently police stops are invading people’s privacy. A ‘legal’ version of this invasion of privacy is the ‘DUI Checkpoint‘. Despite there being no probable cause, the Supreme Court ruled it is legal to randomly stop cars and check them. Beyond that, literally thousands of times a day, illegal searches and seizures occur all over the country, many of them going unchallenged. [1]

The police have strict guidelines to adhere to, so that the checkpoint does not target motorists in a biased manner. For instance, police will stop every third vehicle, rather than only stopping drivers based on their appearance, race, sex, age, etc.

As you approach a DUI road block, you should see signs indicating it is a DUI Checkpoint. It is illegal if the checkpoint is not clearly designated with warning signs. The road may be partially closed, forcing traffic into fewer lanes. Traffic should move somewhat swiftly, as all cars are not stopped.

Can I Turn Around at a DUI Checkpoint?

In fact, it’s illegal for the police to pull you over if you decide to avoid the checkpoint and turn away. However, you must still obey all traffic laws when turning away from the checkpoint. You cannot make an illegal U-turn, for instance. Always drive safely when around a DUI checkpoint, obeying all traffic laws.

If you decide to go through the checkpoint, law enforcement officers may indicate for you to stop the car—or they may not.

If you are stopped, you are required to follow officers’ instructions. They will ask you to roll down your window and show your license and registration. If you do not, officers can and will arrest you for obstruction of justice—and possibly other charges based on what they find.

Challenging for the Victim of an Unlawful Police Stop

There may be instances where the officer’s report or testimony does not match the conduct or the events that transpired. There are always more sides to the story than just the officer’s version. This is when video and witness testimony comes into play.

For example: When driving, you may have swerved out of the way of something in the middle of the road, or to avoid hitting an animal in the road. The officer may have just seen a car swerve, and thought that you may have been driving while intoxicated. Evidence to prove your side of the story in the form of video or witnesses can be crucial in your defense against an improper stop. If the court rules the stop was not legal, all evidence from the prosecution will have to be suppressed and they will be forced to dismiss the case.

Video / Audio evidence can be in the form of:

More cases of civilians capturing video of police misconduct are cropping up year by year. Cameras are your friend and can be a great alibi.

More and more, citizens are losing their rights and privacy in the United States when it comes to encounters with the police. [2] Police can and do lie, and many times when they think someone is guilty they will exaggerate, or even outright fabricate stories and evidence in order to convict the suspect. The police are human, they can make mistakes and some are just plain corrupt.

Keep in mind that despite certain things being stacked against the defendant in a criminal case, The American Criminal Justice System is based upon the assumption of innocence before proven guilty. In most instances you need a strong criminal defense attorney in your corner. You’d be surprised at the difference it makes.

If you have recently been arrested for any criminal offense, or are under investigation for a crime, please don’t hesitate to call us for a free, no-obligation consultation with Seppi Esfandi. During your call, Mr. Esfandi will hear the details of the case and advice you on the best approach to defend yourself.