How to Expunge a DUI from Your Record in California 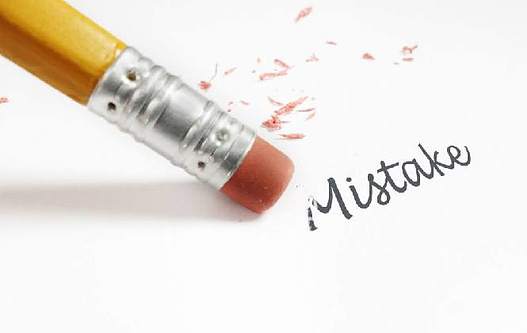 Expunging a DUI offers benefits for those with this previous conviction on their records. When you expunge the DUI, you do not erase it for the purposes of other DUI convictions and penalties or for the DMV’s records. However, the conviction will not be used against you when you apply for a job.

Expungement can therefore limit the negative effects of a DUI and help you move on with your life.

Can I Get My DUI Expunged?

Only certain people can get the court to expunge the record of their DUI. However, expungement might be possible in either misdemeanor or felony cases if you meet specific requirements.

First, you must complete all of the terms of your probation. Neglecting to do so will negatively impact your ability to expunge your DUI record.

Next, you must not have served time in a state prison related to the offense. If you did serve time in prison but would not have under Proposition 47’s “realignment,” you could still qualify.

In 2011, the state passed Proposition 47 to change the sentencing terms for individuals who commit certain felonies that are less serious. Individuals who qualify will serve time in county jail, rather than at a state penitentiary.

Most DUIs will qualify as less serious felonies when compared to crimes that do not benefit from Proposition 47, such as murder or sex crimes. If you have questions about whether you meet the requirements, your lawyer can review your case and discuss your options.

How Can I Complete the Expungement?

You should only begin the process of expungement after completing any and all probation terms. Remember to be diligent about meeting those requirements as it will help to protect your future.

Once you have completed all of the terms, you can file a petition with the court requesting that it expunge your DUI records. A judge will review the petition, and if they determine that you qualify for an expungement, they will grant your request.

If you initially entered a plea of no contest or guilty, you will now retract that plea and enter a “not guilty” plea in its place. If a jury or judge entered a guilty verdict, the judge would set it aside.

Can I Drive Again?

If you lost your driver’s license because of the DUI, an expungement would not allow you to obtain your suspended or revoked license. While it is uncommon, there are cases in which a court will revoke your license permanently. If this happened in your case, the expungement would not undo the revocation.

However, the mandatory license suspensions following a first-time DUI only last about six months. The probation period typically lasts several years, which means that you may get your license back before you even have the opportunity to begin the expungement process.

What if I Get Another DUI?

If you get another DUI, the prior expunged offense will still impact your sentencing. If you commit a second DUI in California, the penalties are more severe. While your first offense can result in up to six months in jail, a second violation can lead to a sentence of a year. Subsequent violations will continue to lead to harsher penalties, regardless of whether your DUI was expunged or not.

For the purpose of criminal priors, the expungement will not factor in at all.

Can I Speed Up My Expungement Process?

One-and-a-half years may seem like a long time, but it is relatively short compared to the typical three to five-year probationary period. Getting the judge to terminate your probation earlier can allow you to take advantage of expungement benefits sooner and move on with your life.

Judges will consider early termination once you complete any classes and pay any fines or restitution. You may petition for early termination if you can show that you are attempting to find gainful employment, taking advantage of a promotion, or needing to travel for work and that the probation is limiting your ability to accomplish these tasks.

Unfortunately, judges will often deny requests to terminate a DUI probation early. The state views DUIs as serious crimes in California; many judges will feel that you need to complete the probationary period as the court originally ordered.

How Will Expunging a DUI Help Me?

Having a DUI on your record may lead to employment challenges. Some individuals find that a DUI conviction severely impacts their ability to obtain a job or even a promotion.

Once you expunge the DUI, your employer or a prospective employer cannot use the past conviction to negatively impact your employment status. You might be familiar with California’s law prohibiting employers from asking about past arrests and convictions on job applications. However, this law only prevents the employer from obtaining that information during the application process, but not once they offer you conditional employment.

After you receive a conditional employment offer, the employer can ask about your history. If they learn that you have a DUI, they cannot revoke the conditional offer right away; rather, they must perform an assessment. Of course, many employers will find a reason to revoke the offer when they conduct the individual assessment, even if the reason seems to be unfair.

State licensing boards and teaching credentials are separate, and you must still disclose the conviction in these cases. However, the licensing body may be more flexible about renewing or granting a license to a person who has expunged their convictions when compared to an individual who neglected to take these steps.

If you are looking to get your DUI conviction expunged, contact the law office of Seppi Esfandi to speak with an experienced criminal defense lawyer.