How to Appeal a Criminal Conviction in California?

May 02, 2022 by Mikel Rastegar in California  Criminal Defense 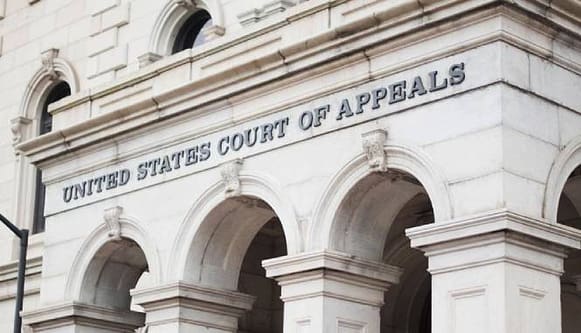 Sometimes we are faced with a criminal conviction that we know nothing about. Some of the criminal convictions we face are due to reasons that could have been previously avoided. This makes one despair on the hearing of the punishment to be faced. However, the law offers a second chance for a wrongful conviction.

In California, the law system has established a method for the process of appealing to help people get justice. The appeal involves the review of an appellate court. The appeal process occurs in the California Court of Appeal, where the judicial rulings are examined to identify any legal errors that may inflict the conviction.

As for federal appeals, one is required to file an appeal with the US Court of Appeal before the appeals are sent to the Federal Criminal Appeals of California.

Steps in the Appellate Process

The appeal process begins with sending the appeal notices to the trial conviction court where you were convicted. This notice should not be, however, sent to the Appellate Court. The period before sending the notice is 30 days after the misdemeanor ruling and 60 days after the felony ruling. Failure to appeal within this time limit you lose the chance of appealing. Though there are special cases that may allow late notice, such as negligence by the attorney and or if the prison sent the notice, the court delayed in receiving it, or the notice fell under the wrong hands, which also delayed in sending it back.

Once the confirmation on the records is made, the lawyers will confirm the arguments to use for the appeal. This gives you an opportunity for a new trial or to change the sentence. The briefs to be submitted include Appellant Opening Brief, which summarizes the previous case statements. This will initiate a reason for the initial conviction. The respondent’s brief is the response to the Appellant Opening Brief on your conviction. The Appellant’s Reply Brief offers an opportunity for the convict to respond, break down all the arguments and identify any mistakes.

After the California Court of Appeal reviews all the briefs, both parties’ lawyers have the opportunity to now make the oral arguments. The convict will be able to attend the session; however, they cannot make a statement. This step is the first one in that lawyers will physically stand in front of three judges. The session is properly organized, with each side having a sectioned time to raise their arguments.

After the oral arguments, the judges hold further discussions that will yield their decision. The decision will be made in writing to explain why the decision was made. Sometimes the three judges may not all agree; hence, the court rules based on the majority and the minority during such times. Here the decision made may be in favor of the convict and hence be dismissed or taken back to the trial court for a new ruling. If the decision is not in your favor, the court gives an affirmation on the previous charges.

If the convict is not satisfied with the appellate court decision, they may seek another hearing in the Court of Appeal, a review by the California Supreme Court, or a review from the US Supreme Court. These will help the convict get more opportunities to prove their innocence despite the long wait.

The Esfandi Law Group in Los Angeles defends people who have been arrested or are being investigated for a crime. You need an experienced lawyer to fight for your rights.