What Are the Types of False Confessions? 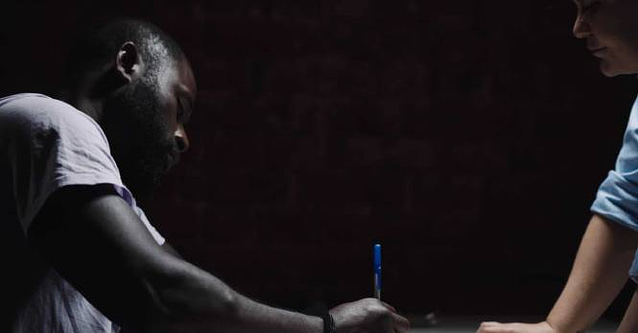 What Are the Types of False Confessions?

Anyone who has been interrogated by the police understands how stressful it can be. Television detectives will lie and coerce suspects to get the desired response. Real-life interrogations aren’t all that different.

In fact, in many conversations with police detectives, it seems the point of interrogation is not to find the truth but rather to secure a conviction.

What Is a False Confession?

A false confession is a statement given by a person claiming guilt for a crime they didn’t commit. Sociologists who study why false confessions occur have identified three general categories of confessions that are often used to convict innocent people of a crime.

Voluntary confessions are interesting because the person making the statement knows it’s untrue. People who voluntarily confess do so without any police coercion. Instead, the reasons for voluntary false confessions include:

These kinds of confessions make for bizarre stories. But the more egregious sorts of false confessions are those in which the confessor does so under duress.

During an interrogation, police rely heavily on tactics that employ psychological pressures. In the U.S., police are allowed to lie to suspects during interrogation. This means the police can use extreme stress to coerce confessions from an innocent suspect.

Coerced-compliant confessions are the most common kind of false confession. People who give them often do so thinking they will benefit somehow from appearing cooperative.

Often detectives can persuade a person that the police are convinced of their guilt and that denying the crime would be a waste of time. They also convince the suspect it’s in their best interests to simply confess so the case can ‘go away’. That’s a trick, they’re lying to you.

Among the most effective suggestions given to a suspect during interrogation is the implication that they will be treated more leniently if they confess. Although promises or threats are not legal, the mere implication has powerful results on a scared suspect.

These confessions are given when interrogation tactics employed by the police convince a suspect to doubt their own memory. There are instances on record where people have become convinced that they likely committed the crime, even though they have no memory of it.

Police use deceptive psychological interrogation methods to convince a suspect to doubt their innocence. They can then supply them with explanations of how they did, in fact, commit the crime—without any memory of doing so. Examples of these sorts of explanations by police include suggesting the suspect:

A suspect can be persuaded to confess if they find one of these explanations sensible. Once a suspect has become convinced of the need to confess, then the police must aid the confessor in constructing a story about how they committed the crime they have no memory of perpetrating.

Results of a False Confession

Confessions are often the most compelling pieces of evidence that a state produces against someone accused of a crime. Even though false confessions are false evidence, they still have the same prejudicial effect against a suspect as a true confession has.

When a person purportedly has confessed, the presumption of innocence disappears.

The consequences of a false confession are powerful. Oftentimes, police interrogators believe that any confession is somehow true, so anyone who confesses must be guilty.

Prosecutors often doubt the validity of the claim that confessions can result from police coercion—even though there is ample research showing that it happens.

How Common Are False Confessions?

According to research by the Innocence Project, nearly 27% of convicted criminals who are later exonerated were originally convicted based on a coerced confession.

A Defense Attorney Can Offer Help

If you feel trapped because someone coerced you into giving a false confession to the police, a skilled criminal defense attorney could seek to have that confession excluded from the evidence. They can do so by revealing facts that show that your confession was not voluntary.

The expert criminal defense lawyers at Esfandi Law Group can help you understand this difficult situation and get you the justice you deserve. Call us today to find out whether we can help you.