Are There Laws Against Police Racial Profiling in Los Angeles? 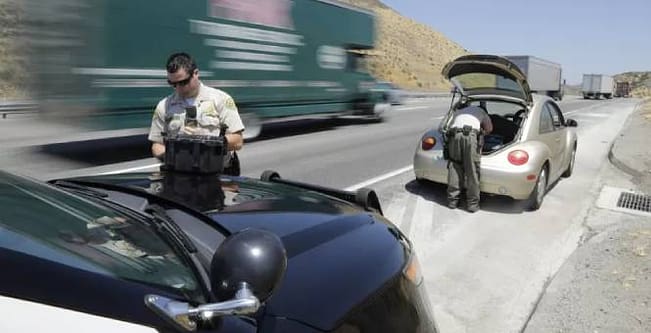 Racial profiling occurs when a person’s race, ethnicity, national origin, or religion is used as a reason to suspect someone of a crime. This practice is discriminatory and, when practiced by law enforcement, leads to the unfair criminalization of people who might not otherwise be stopped, questioned, or arrested.

Individuals can unwittingly practice racial profiling because of how certain groups are portrayed in the media. An example of this would be the discomfort some travelers felt about being on an airplane seated near a Muslim or a person of Arab descent after 9/11.

These practices reveal that we still have work to do concerning race relations. The common complaint of being stopped for “driving while black or brown” reveals that law enforcement may have unfair practices when it comes to stopping people of color for petty driving offenses.

Are There Laws Against Racial Profiling by Police?

There are laws at the federal and state levels that prohibit racial discrimination by law enforcement. The federal Civil Rights Act of 1964, along with similar acts by many states, made it illegal for any government agency to discriminate based on skin color, race, or national origin.

Notably, the U.S. Constitution provides for equal protection under the law and contains prohibitions against unreasonable search and seizure by the government.

As societies have become aware of racial profiling, governments have made attempts to end it. Although the results have been mixed, some of the efforts to combat racial profiling include:

While some argue that only a handful of police officers are making whole departments look bad, others advocate for a complete restructuring of policing due to systemic problems. Arriving at an answer won’t be easy, but ending racial profiling is critical.

What To Do If You Are a Victim of Racial Profiling

Experiencing discrimination simply because of your skin color, race, or nationality can be a demeaning and dehumanizing experience.

If you have been a victim of racial profiling, the first step to take is to write down as much information about the incident as you can remember. Important things to note include the following:

This information can be helpful to investigators as they work to determine who is responsible for your experience. If you suffered any kind of injury or property damage, take photos and keep all documentation related to repairs or doctor visits.

You have several avenues through which you can file a formal complaint against a police officer or their department. You should file your complaint as soon as you are able. Promptly filing will protect you from any issues regarding statutes of limitations.

You can file a complaint in one of the following ways:

If you believe you have been the victim of police racial discrimination, you need to let someone know. For change to take place, your voice needs to be heard.

Standing up against racial profiling can be frightening and difficult. Choosing an attorney with experience handling discrimination cases will give you peace of mind that your case will be in good hands. In addition, you may have a better chance of success in your fight for justice by utilizing the help of someone familiar with civil rights law.

What To Do If You Get Stopped by the Police

Racial profiling can happen no matter what you are doing. To protect your rights, you should understand what to do if you get stopped by the police.

Obeying the speed limit and following the rules gives a police officer less reason to be able to stop or question you. If you do encounter the police, don’t argue with the officer, even if you believe you are right. Disagreements with law officers are best handled in court or through the formal complaint process.

Do I Need to Show ID if Asked By Police?

What are the Common Causes of Wrongful Convictions?

If you have been the victim of profiling by the police based on your race, skin color, or nationality, you have been wronged. Call the civil rights attorneys at Esfandi Law Group today. We fight for those whose rights have been violated.