How to Seal Your Juvenile Criminal Record in Los Angeles 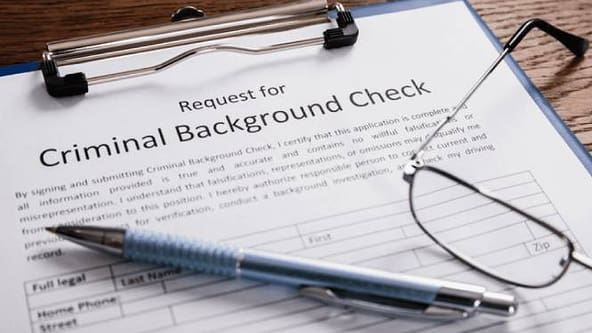 If you were arrested, detained or involved with the juvenile justice system while under the age of 18 years old, there is more likely than not some sort of criminal record that exists.

The courts, law enforcement agencies, schools and other public agencies maintain records of such incidents and unless sealed these records have the potential to create a plethora of issues for any individual.

For example, someone with a criminal record may have issues retaining employment, obtaining licensing, securing housing, or acquiring credit/financing, among an unfortunate laundry list of other potential limitations.

Either way, getting arrested or being involved with the criminal justice system is no fun and not something most people would prefer having on their record if given an option.

Well, fortunately for some, there is recourse to having a juvenile criminal record sealed in Los Angeles.

Although it may not seem like something of the utmost importance, being able to seal and destroy a juvenile arrest record is an enormous opportunity for those who qualify under the statute.

A California arrest record is a report produced by police or another law enforcement authority after a person has been arrested or detained. The document is considered a criminal record and is made for arrests involving both misdemeanors and felonies. These records are considered public records and people can access them by requesting the same from the court of jurisdiction over the criminal case, or by contacting the agency that made the initial arrest.

Not only are arrest records accessible to the public, but prospective employers can easily obtain a copy when performing a routine background check.

In certain cases, the court will automatically seal a juvenile criminal record; in others, an individual must proactively petition the court to do so.

For instance, if the court finds that a juvenile defendant successfully completed his or her assigned probation, it must dismiss the case accordingly. Otherwise, the court may not dismiss a case, leaving it unsealed. For those who have not had their records sealed automatically, however, there is recourse under California Welfare and Institutions Code Section 781.

California law generally requires a juvenile court dismiss the case of any minor following a satisfactorily completed term of probation or an informal program of supervision, as specified by the court.

WIC Section 781 further mandates that once the case is dismissed, all records pertaining to the proceedings, whether in the custody of the juvenile court, law enforcement agencies, the probation department, or even the Department of Justice, must be sealed. The statute also allows a person who is the subject of a juvenile court record to petition the court to seal his or her records, including all records of arrest relating to the person’s case, no matter the law enforcement or public agency involved.

When a court seals an individual’s criminal records, it means that particular court case no longer exists for most purposes. Fortunately for those who are successful in petitioning the court under WIC 781, this means that they can legally and truthfully say they do not have a criminal record when questioned about their criminal history (there may be exceptions such as joining the military or receiving federal security clearance).

Furthermore, some perks of sealing a juvenile arrest record include:

There are exceptions to sealing a record as a matter of right, however. For example, a court is not allowed to seal a defendant’s juvenile records if:

Regardless of whether someone meets the broad criteria under WIC 781, he or she would be considered ineligible for juvenile court sealing after having been convicted of a crime involving moral turpitude. These crimes are considered to be especially heinous and adverse to the public at large.

Examples of moral turpitude offenses include:

Unlawfully taking the life of another is a severe offense. Under California Penal Code Section 187, murder is considered a capital offense that attracts harsh penalties like life imprisonment without the option of parole. Undoubtedly, an individual convicted of or facing charges for murder is ineligible for a juvenile record sealing.

Penal Code section 273(d), which governs the moral turpitude crime of child abuse, includes physical injury to a child or infant. Due to the harsh nature of this crime, sealing juvenile criminal records is especially difficult.

Entitled, “Rape, Abduction, Carnal Abuse of Children, and Seduction,” Penal Code Section 261 is not a charge taken lightly by courts. If found guilty of a violation, the judicial system believes a perpetrator deserves severe punishment, including the inability to seal his or her juvenile criminal records.

For all others, however, eligibility to have juvenile records sealed under WIC 781 includes the following:

The last group of those eligible to have their records sealed are minors that have been charged, but not actually been convicted of a crime. For instance, a teen might have been accused of petty theft, but the charges were ultimately dismissed—that teen can now apply to have the records of that incident sealed automatically, without waiting the requisite five years or meeting the required age of eighteen.

Unless there is a particular reason why the court believes it is in the interests of justice otherwise, a juvenile criminal record that has been successfully sealed is usually destroyed at some point as well. These records will be ordered destroyed upon the passage of five years since their sealing, or when the petitioner turns 38 years old if he or she was declared a ward of the court for engaging in certain criminal activity. See WIC § 781(d).

It doesn’t matter when your past arrest may have taken place—it is important to meet with a skilled criminal defense attorney who can make sure your matter gets dismissed and sealed. No matter what the charges may be for, an arrest and/or criminal record can have serious complications for someone accused of a crime such as child custody issues, adoption eligibility, school admissions, employment and credit applications, licensing privileges, and obtaining insurance just to name a few.

Therefore, if you have any type of past arrest lingering on your record, juvenile or not, you want to be sure to meet with a seasoned criminal defense attorney who’s privy to the petitioning guidelines and will make sure to seal and destroy any previous misconduct on your records.