What is a Grand Jury? 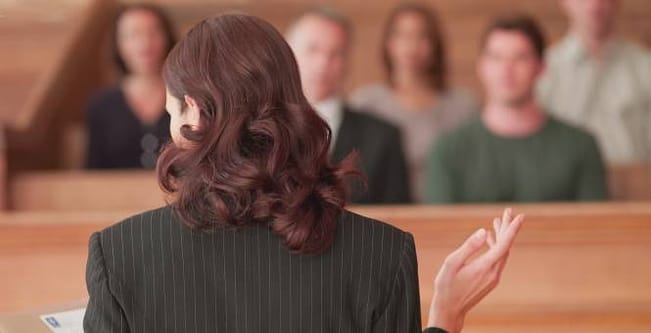 What is a Grand Jury?

Most people have heard of a “grand jury,” but may not fully understand the important role that a grand jury plays in the criminal justice system. The primary purpose of a grand jury is to decide whether charges should be brought against someone in the form of an indictment. This is one of only two ways that felony charges can be filed by the prosecutor. The other way is by preliminary hearing. The prosecutor has sole discretion to seek charges by way of either the grand jury or a preliminary hearing, and if there is a finding of probable cause, the prosecutor is authorized to file formal charges.

According to the California Constitution, Article I, section 23, grand juries are impaneled in every county in California and “a grand jury shall be drawn and summoned at least once a year in each county.” The grand jury consists of a specified number of citizens drawn from the petit jury pool (a petit jury is the term used for a criminal trial jury). In Los Angeles, the Criminal Grand Jury consists of 23 members and alternates.

The grand jury is impaneled monthly, and jurors generally serve 30 days. Like a petit jury, the goal of a grand jury is to consist of randomly selected members of the community. The grand jury hears evidence and decide whether formal charges should be filed. Many critics, however, argue that grand juries merely rubber stamp the allegations made by the prosecutor since studies show that the rate of indictment by grand juries is over 95 percent. However, the purpose of the grand jury is to ensure oversight of the prosecutor and ensure that criminal cases are not filed arbitrarily or without sufficient evidence.

What does a Grand Jury Do?

Under CA Penal Code 917 PC, the role of the grand jury is to “inquire into all public offenses committed or triable within the county and present them to the court by indictment.”

Unlike the petit jury in a criminal trial, the grand jury does not determine whether a defendant is guilty of committing a crime. Instead, the sole determination by the grand jury is whether or not to approve the charges proposed by the prosecution. In order to approve the charges, the grand jury must find “probable cause.” The test for probable cause is whether a reasonable person would find the evidence supports a finding that a reasonable person would believe that a crime has been committed by a specific person. In order to approve formal criminal charges and indictment, the grand jury needs only a supermajority, not unanimous agreement. So, in Los Angeles, there must be 16 votes to approve out of the 23 grand jurors.

In California, the state constitution requires that felony charges be initiated only after a finding of probable cause that specific individuals committed specific crimes. The only two ways that a prosecutor can get a finding of probable cause is either by a grand jury or by a preliminary hearing before a judge. The procedures for both are very different, and have a significant impact on the ability of the accused to offer a defense and win the case.

As most everyone knows, criminal trials are held in open court and either the judge or a jury decides whether the prosecution has proven the allegations beyond a reasonable doubt. A hearing before a grand jury, however, is conducted in secrecy. In fact, the accused may not even be aware that the hearing is being conducted. Furthermore, the prosecution is the only party that participates and presents evidence, and actually presides over the hearing, rather than a judge. As a result, the grand jury only hears one side of the story: the prosecutor’s side. Critics argue that the grand jury is not fair because many fundamental rights of the accused are ignored including the right to confront witnesses, cross-examine witnesses, present evidence, and even right to counsel. Notably, the accused is not required to be notified of the grand jury hearing, and even if the accused is called to testify before the grand jury, there is no right to have an attorney present.

Do I Need a Lawyer for a Grand Jury Hearing?

Since the grand jury hearing is closed, and sometimes conducted in secrecy, the accused would not necessarily need an attorney for a grand jury hearing since the attorney would not be allowed to participate in the closed hearing. However, if the accused has been subpoenaed to testify, then an experienced defense attorney would be important to help prepare for the hearing. More importantly, an attorney can help explain the possible allegations and review the facts before the hearing. Many times, an experienced criminal defense attorney will be able to anticipate the questions that will be asked, and a well-prepared witness will be able to present a compelling alternative to the prosecutor’s version of events.

Certainly, if an indictment is issued, and formal charges have been filed, an experienced criminal attorney can help you beat your case by advocating for you immediately. Often, cases are resolved well before a trial date, which can not only save you time and money, but resolve the matter in a satisfactory way. An attorney can review the evidence, and persuade the prosecutor to reduce or drop the charges when presented with a strong challenge by an experienced defense attorney.

Schedule an appointment to meet with us in person, or feel free to submit an evaluation online, and we will get in contact with you ASAP.