When Is Harassment Considered Criminal in Nature?

May 10, 2022 by Mikel Rastegar in Criminal Defense  Rights 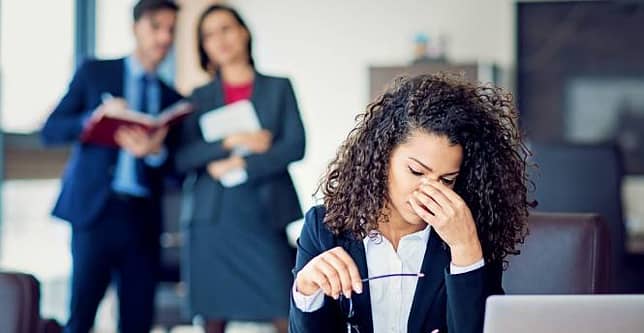 When Is Harassment Considered a Crime?

In the workplace, top employees choose subordinate staff of the opposite sex to harass. These actions are so common in companies where a person in power feels they have the authority over other girls. They take advantage of their position and utilize it to have sexual relations with co-workers. Some use it as a ticket to give promotions within the company. The victims of sexual harassment are left vulnerable, with no friends. They feel unwanted and unworthy; thus fall into a deep depression. To some extent, some are left pregnant. The victims may choose to report to the HR department or hire an attorney to go looking for the culprit.

Verbal harassment is common, with one person being targeted as an individual or as a group. Verbal abuse varies, with most people who use verbal alterations being bullies only looking to cause some problem. Sometimes the verbal harassment becomes a physical fight, hence automatically becoming a criminal case. Whenever the accused lies their hands on the victim, that is a criminal offense. If in a group, the accused may cause a fight between the members and result in a much wider range of people getting hurt. Such actions lead to criminal investigations due to the injuries and harm caused.

The Human Resource Policy is highly against sexual harassment, which is against the business policy. In the past, male employees got away with these acts; however, the business environment has changed, leading to their termination of Employment. In most cases, we know that men are the cause of harassment, but women are the source of harassment in some rare cases. Harassment is generally a crime and can lead to jail time for the accused person when it changes and becomes physical. In extension, the fights draw unnecessary attention with unforeseen injuries. Some of the physical fights could be fatal if not stopped.

Despite sexual harassment being a crime, pressuring someone to have sex against their will is also illegal since it is harassment. These acts are mostly seen in marriages, working environments, schools, and within the home area. The victims suffering from sexual harassment always face the pressure to have sex with people who have authority over them. The power could be a high-paying job or a favor previously and now wants some form of “payment .”Certain circumstances lead to the pressure on the victim to consider sex as the only solution to consolidate the trouble. However, these acts are all criminal offenses.

These are acts of malicious activities against another person who is threatening their life. Despite the laws in some states to burn these behaviors, they still exist. If one is traumatized or suffers in any way due to the malicious acts, the victim should immediately seek legal assistance through a lawyer. The accused may be initially jailed while they follow up with the trials. For the victim to have a legal argument while in court, they should get a criminal defense attorney.

Harassment takes into account threats, stalking behavior, intimidation, manipulation, and coercion. They become a pathway for criminal harassment. Due to this, the HR department should investigate any harassment complaints within the workplace. In addition, the victim should also involve a lawyer from the criminal department. The more severe the damage is, the more likely the accused will face an increased jail time and pay an increased fine. Some, especially those holding high positions in the workplace, immediately lose their job.

Employees who are charged with a criminal harassment case need to look for an experienced defense lawyer in the criminal department who will be able to discharge the case. The lawyer should be able to present the argument and implement a strategy that will perfectly work on challenging the evidence presented. This applies to the victim, too; they should obtain a lawyer ready to argue with the case and give well-defined solutions for compensation.