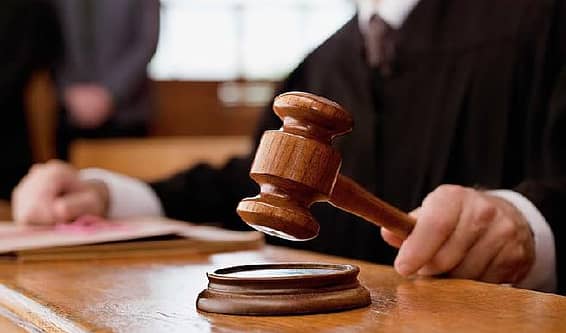 There are also important differences between sentencing and more formal proceedings like a trial. For instance, unlike in a criminal trial, during a Sentencing Hearing, a defendant does not have a right to cross examine victims, who often appear for the prosecution at sentencing to give “victim impact” statements. Similarly, the rules of evidence are much more relaxed and informal at a Sentencing Hearing than at trial. For instance, a character witness can read hearsay, or double hearsay, into the record and make unsubstantiated statements. These relatively informal statements would not be allowed in a trial, where the rules of evidence are more exacting.

In misdemeanor cases, the sentence is limited to a maximum of one year in County Jail per count charged (not per case) and cannot include time in a State Prison. Also, due to the passage of AB 1950, probation in most misdemeanors is limited to one year.

Felony case sentences involve prison time and there are usually three options: a low-term, a mid-term, and a high-term. The Court will consider aggravating and mitigating factors in determining which term is appropriate. So, for instance, for the crime of PC 487 — Grand Theft, the judge can sentence the defendant to the low-term of 16 months in prison, the mid-term of two years, or the high term of three years. The judge’s analysis will include things like the specific facts of the charged offense presented during trial and the defendant’s criminal history or lack thereof. In a felony conviction, the judge can also grant probation instead of prison time. AB 1950 limits most felony probation terms to two years.

As mentioned above, felony cases involve prison time. However, instead of a prison term, a deal can be worked out for a grant of felony probation. A grant of probation means that instead of prison, a judge grants a probationary term for the defendant to comply with certain terms in order to avoid prison. This includes assigning the defendant a probation officer and the defendant performing various conditions imposed by the judge. These conditions can include attending classes, paying fines, reporting monthly into the probation department, doing forced labor, and even doing local time in the county jail. If the defendant fails to meet the conditions of probation, as specified by the judge, the judge can then, with only a Probation Violation Hearing and without the benefit of a trial, sentence the defendant to prison time. The judge has the sole authority to determine if the defendant violated probation.

A high percentage of State criminal cases, 97% or more, are settled through plea bargain. The defendant pleads guilty and a sentence, negotiated beforehand between the defense attorney and prosecutor, is part of that plea bargain. For instance, the deal could be to plead guilty to PC 487- Grand Theft and receive 16 months in prison. The judge must still approve the deal, but most of the time this is not a problem. Nevertheless, if an especially strict judge thinks the sentence is too low, then he or she can reject the plea bargain. In such a case, the defendant can withdraw his or her guilty plea since the condition is “bundled up” with the guilty plea. So, if the judge rejects the plea, the defendant would not be bound to it.

A similar dynamic as that described above between State and Federal Sentencing pertains to State of CA cases in which a guilty verdict is rendered by a jury, as opposed to those in which a defendant pleads guilty. In the latter case, the defendant knows exactly what his sentence will be because he “bargained” for it through an attorney-negotiated plea bargain process.

However, once a jury returns a guilty verdict, the judge’s role becomes much more prominent; he or she has the authority to choose between a wide variety of sentences, including up to the maximum allowed by law. In a State of CA case, the judge’s power after a jury verdict becomes comparable to that of a Federal Judge in a plea-bargained federal case. This is one of the big risks in going to trial; if the verdict doesn’t go your way, the judge has the hatchet and can use it!

If the defendant in a jury trial is convicted on more than one count, then he or she can potentially be sentenced on both counts. If that is the case, the judge must determine if the sentences will run concurrently (at the same time) or consecutively (back-to-back). Obviously, the defendant’s attorney should be arguing for a concurrent sentence, in which the sentence terms on the counts will not be added together as they would be in a consecutive sentence.

A Good Lawyer Can Help

If you are facing a sentencing hearing, a good lawyer can help humanize you, and present mitigating evidence before the Judge. This can include factors such as:

These are just some examples. A capable and committed attorney can help discover other reasons the judge should be encouraged to show mercy.